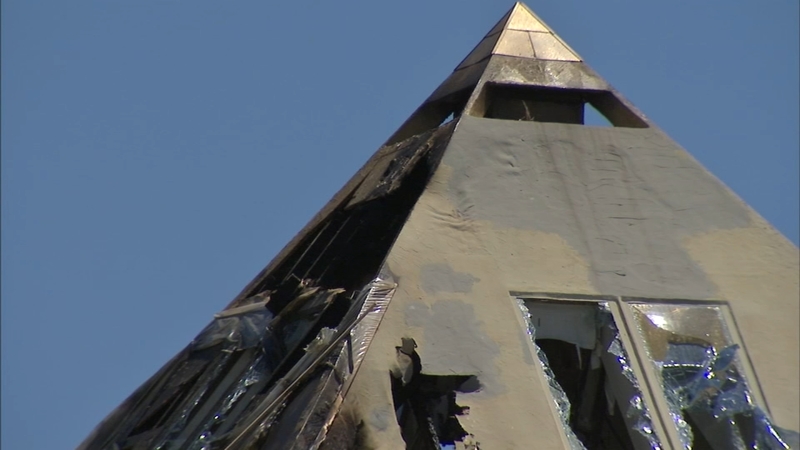 WADSWORTH, Ill. (WLS) -- The owners of the iconic Gold Pyramid House in north suburban Wadsworth said they hope to rebuild after a devastating fire that caused extensive damage.