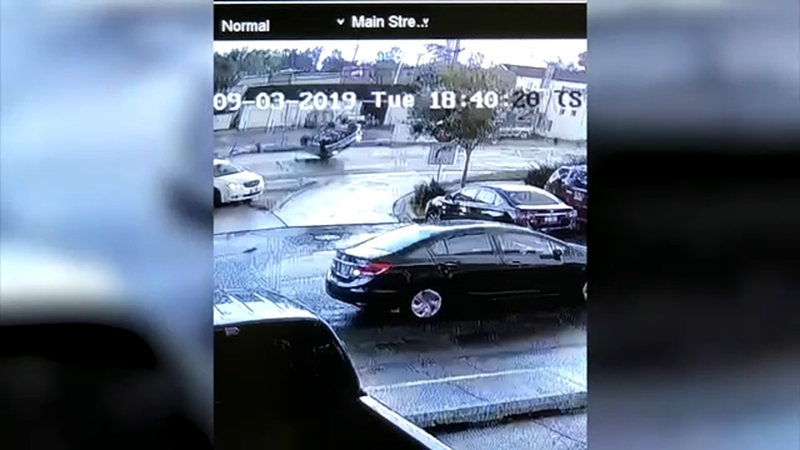 The isolated storm cell moved quickly through the northern part of Lake County, bringing reports of downed trees and traffic lights as well as damage to commercial buildings.

The tornado formed at 6:39 p.m. just east of the Waukegan Airport and lasted a total of four minutes, according to the NWS.

A funnel cloud was spotted Tuesday evening east of the Waukegan Airport. The NWS is investigating it as a probable tornado.

Wind damage reported in Waukegan included minor damage to commercial buildings and tree damage in Lyons Woods Forest Preserve. The Waukgean Fire Department confirmed one person was injured after a car was flipped over by the wind near Lewis Avenue and Yorkhouse Road.

"All of a sudden I saw this storm, tornado come around," said Emmanuel Lopez, who helped rescue the driver. "I saw the car flip around, turn around."

"It was chaos, everything was moving so fast. My heart started pumping. It was really bad," Lopez added.

Lopez, who works at a nearby market, stopped what he was doing and sprinted to the flipped car Once there, he spoke with the driver.

The injuries were minor and the person was taken to Vista East Hospital for treatment. No further injuries have been reported.

Surveillance video from the Ace Hardware Store shows the twister wreaking havoc on the ground. It formed so quickly no siren ever went off.

"It was so fast, I don't think people understand how quickly that happened," said Waukegan resident Margaret Bussin.

So why didn't the sirens go off?

"It is alerted directly by the National Weather Service," explained Waukegan Fire Marshal Steven Lenzi. "If an alert comes out from them, it will automatically trigger the alarms."

But no alert went out on Tuesday. The NWS said the twister formed so fast it didn't give the service a chance to trigger the alarm system.

"It shouldn't have been a complete surprise that something happened," said NWS Meteorologist Eric Lenning. "Unfortunately, we didn't have enough lead time to get the warning out and get the sirens going. That does happen sometimes."