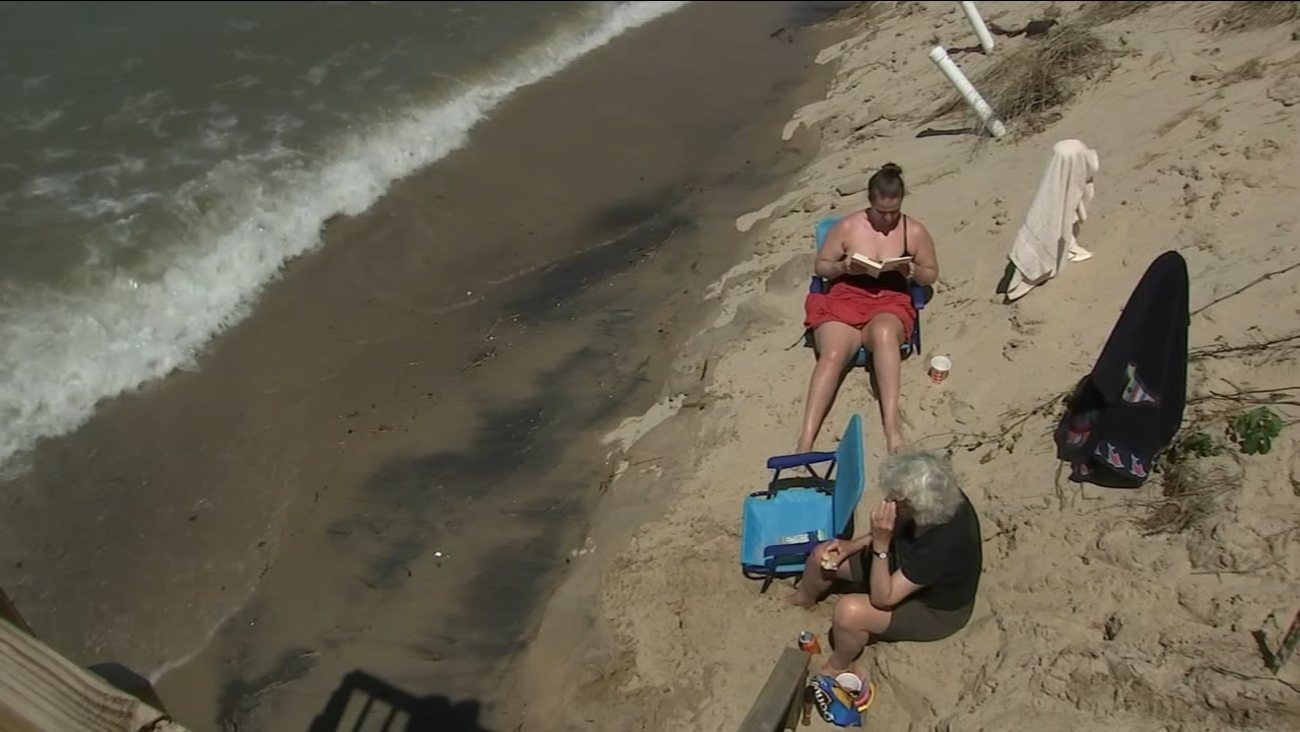 The effects of the near-record lake levels are dramatic in southwest Michigan, where many beaches have virtually disappeared.

CHIKAMING TOWNSHIP, Mich. (WLS) -- It's easy to see how high Lake Michigan has gotten along the Chicago shoreline, but the effects of the near-record lake levels are even more significant in southwest Michigan, where many beaches have virtually disappeared.

Lake Michigan is only 4 in. away from the all-time record level high.

"Usually this beach is at least 20 feet, and five years ago it would have been more than 40 feet out," said Janet Moore Schrader, of the Chikaming Township Park District. "But again, it's a cycle, it comes and goes. We're just on the bad end of it right now."

Part of the reason the lake is so high is because of all of the heavy rain and snow we have experienced in the past six to 12 months, not only in Chicago, but across the entire Great Lakes Basin. Most locations have a moisture surplus of 4 to 9 inches so far this year, but that isn't the only reason the lake is extremely high.

"Michigan has extensive coastal wetlands and when they get filled in by development, there's just nowhere for the water to go," wildlife biologist Sarah Doty said.

The Army Corps of Engineers in Detroit predicts lake levels up to six months in advance. Even though they expect a seasonal drop in water levels, the lake will still be very near monthly record highs.

"Record highs for the month of July and the month of August are certainly within reach," said Keith Kompoltowicz, with the Army Corp of Engineers.

It's hard to believe that just six years ago the lake was at extremely low levels.

"As of 2013, many of the lake levels were at record lows and there was a rapid rise in lake levels following that," said Brent Lofgren, of the Great Lakes Environmental Research Lab.

Swimmers should be aware of the many obstacles floating about.