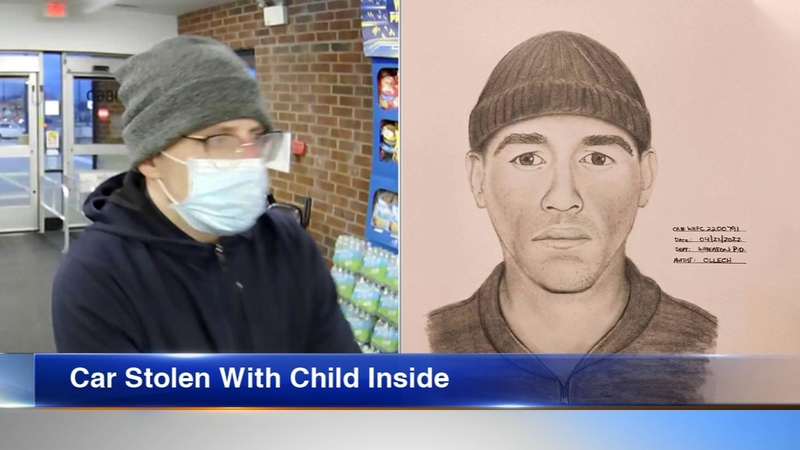 WHEATON, Ill. (WLS) -- Wheaton police have released a sketch of a suspect in the stealing of a car with a child inside last week.

Police responded to a UPS store at 20 Danada Square West at about 9:30 a.m. on April 18 after getting a report of an SUV stolen with a small child still inside.

The SUV was left running outside the store and taken by the thief, who dropped the child near a parking lot of a nearby business, police said.

The suspect then fled westbound on Butterfield Road the Danada Square Shopping Center, police said. The child was safely reunited with family.

The vehicle is a white 2014 Honda Pilot with Illinois license plate number BB35876.

Police described the suspect as a man in his 30s or 4's, approximately 5'09", with a skinny build, stubbled facial hair, wearing dark pants and a dark jacket. On Tuesday, police released a sketch of the suspect.