Oldest known whiskey in existence to be auctioned 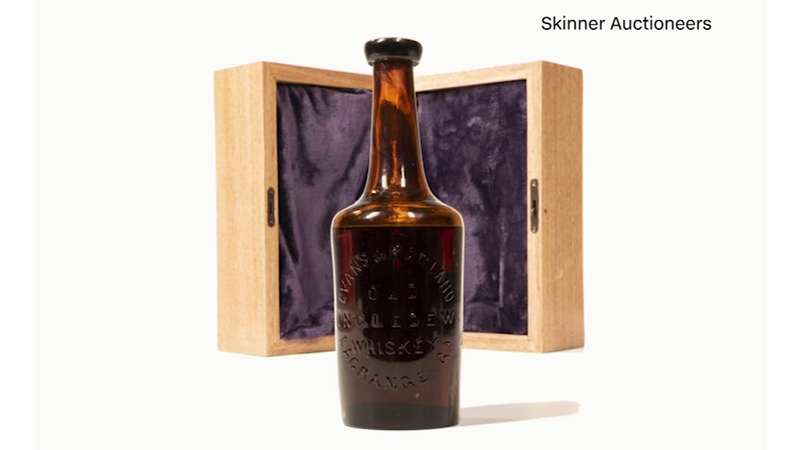 Oldest known whiskey in existence to be auctioned

How much would you spend on a 250-year-old bottle of whiskey?

Well, you soon may be able to place your bid on what is considered to be the oldest whiskey in existence.

Skinner Auctioneers said the bottle of bourbon is set to be auctioned off.

The company believes the bottle was originally a gift and it's been safeguarded for generations, according to CNN.

The front of the Old Ingledew Whiskey bottle says it's from Evans & Ragland in La Grange, Georgia.

The back features a typed note taped to the glass that says, "this bourbon was probably made prior to 1865."

Skinner Auctioneers says they used a needle to extract a small sample of the liquid to be sent off for testing by experts.

Scientists from the University of Georgia determined the whiskey was likely bottled between 1763 to 1803.