Gas prices in Illinois, across country close to hitting another record high

Average gas price in Chicago has risen 20.8 cents per gallon in last week
WLS
By Jessica D'Onofrio and Ravi Baichwal 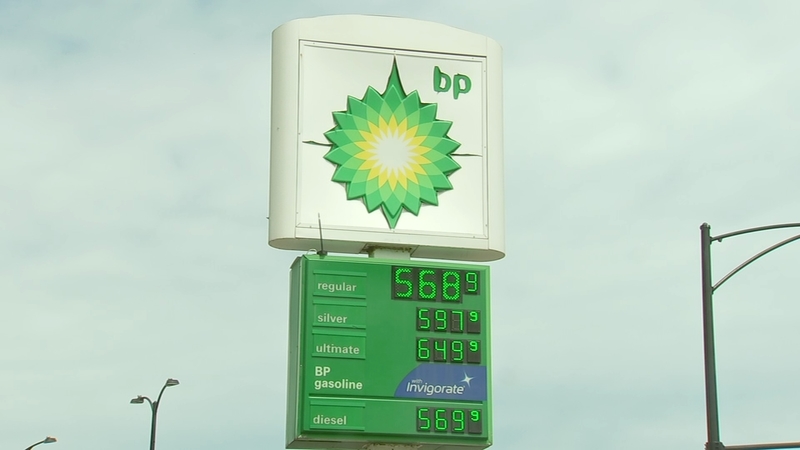 CHICAGO (WLS) -- Gas prices are close to hitting yet another record high just ahead of the summer driving season.

At the south end of Lincoln Park, even those who rarely give gas prices a second thought are filling up less and trying to do more when they are out and about.

"It's expensive," said Liz Nicholson. "It is very difficult. People, I am sure, just want to get to work at and do what they have to do."

Average gasoline prices in Chicago have risen 20.8 cents per gallon in the last week, averaging $4.80 per gallon Monday, according to GasBuddy's survey of more than 1,400 gas stations in Chicago. Fuel prices are being pushed higher by increased demand and rising oil prices, due to concern about less Russian oil entering the global market. And oil prices are expected to rise even higher once cities in China lift their COVID lockdowns.

"China is a very large oil consumer, and, if China shuts down, along with these big cities, that could mean lower demand, and it could mean lower prices. It just depends on how long these cities are shut down," GasBuddy's Patrick DeHaan said. Demand is very high. Supply is not and the widening gap is made worse by the potential EU sanction of Russia, is what is sending oil prices up substantially."

On the West Side, those geopolitical issues, while valid, hold little sway with folks who said they are just trying to get by.

"If I can get away with riding on my motorcycle and get to work," Brandon said, "I will do that and spend less money."

According to AAA, the national average for a gallon of regular is now $4.32, up 18 cents from last month, and 1 cent below the all-time high set on March 11.

"Not good, not good at all -- I'm personally glad that I work from home most days, but, driving downtown, it's ridiculous," said Katie Frigo, who was filling up Monday morning.

At the BP on the corner of Wabash Avenue and Roosevelt Road in the South Loop, the price for a gallon of regular gas is $5.39.

Nasir Guyton is just trying to keep up.

"You gotta figure it out. You gotta pay for rent, you know, food. It's hard," Guyton said.

"I don't think it gets much better, too much geopolitical conflict, too much going on around the world," LaRue said.

Some customers have been looking for other options.

"You try to walk more places, you know, what can you do?" said Heidi Hatter, who was also fueling up.

Ronald Norwood from the Bronzeville neighborhood said he has had it.

"I'm not gonna go through this anymore. If I can find me a nice truck that's affordable then I'm gonna go electric," he said.