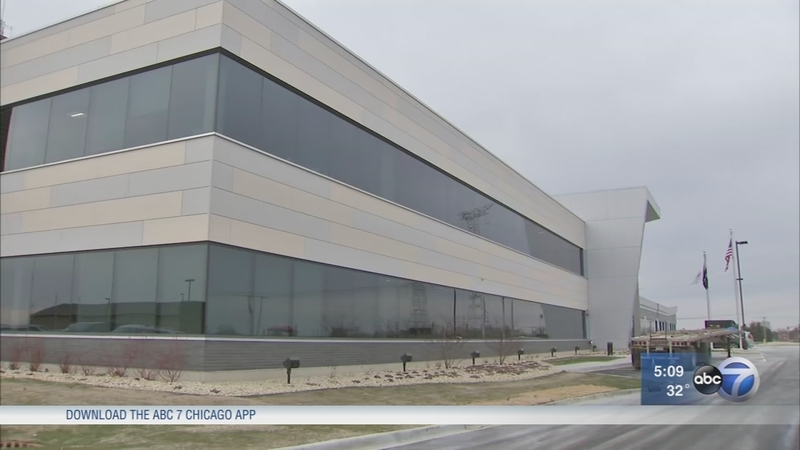 JOLIET, Ill. (WLS) -- A brand new, $33 million Will County Public Safety complex will be fully operational by the end of December. It stands next to its tiny predecessor, a sheriff's office with little breathing room, and a perpetually leaky roof.

"You had to strategically place certain files where you knew water wasn't going to leak," said Will County Sheriff Mike Kelley.

Ever since he was hired back in 1988, Kelley remembers talk of a new sheriff's facility. Now, it's finally happening, and he's the first sheriff to occupy it.

From police training and evidence rooms, to 911 police and fire operations, the state of the art building puts multiple departments under one roof, improving communication and response time.

The 85-000 square feet building will also house training facilities, more workspace for detectives, cyber-crime and evidence storage, which has been an issue in the past.

Will is not the rural county it once was. As its population has grown, it has outgrown its government buildings.

"It was time for us to make a decision and advance forward and bring Will County into the 21st century," said Will County Executive Larry Walsh.

The sale of bonds will largely finance the new public safety center in addition to the construction of a new, 10-story courthouse located across the street from the existing courthouse in downtown Joliet.

The groundbreaking for the new courthouse took place on Tuesday.

Groundbreaking at the new Will County Courthouse in Joliet.