Carnival officials confirmed the woman went overboard from the balcony of her stateroom.
KABC
By Leticia Juarez 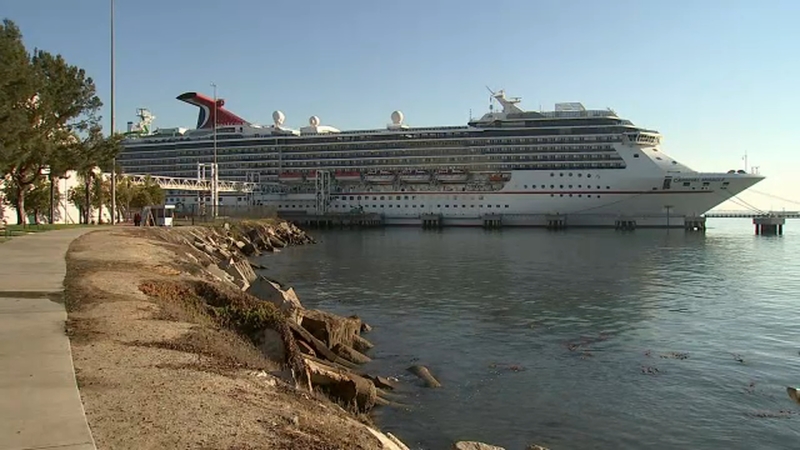 LONG BEACH, Calif. -- A woman who went overboard while on a cruise ship off of the coast of Mexico is still missing Sunday after the U.S. Coast Guard ended its search.

The Coast Guard's Southern California headquarters tweeted that after more than 31 hours of searching its boats were "standing down pending additional information" and returning back to U.S. waters.

FINAL UPDATE: After 31+ hours of searching, #USCG assets are standing down pending additional information. USCG conducted first light searches this morning off the coast of Ensenada, Mexico with negative results. USCG assets are transiting back to U.S. waters.

According to officials, a woman in her 20s was reported missing from the Carnival Miracle cruise ship at around 3:30 a.m.

Carnival officials later confirmed one of the ship's guests went overboard from the balcony of her stateroom.

U.S. Coast Guard personnel joined the Mexican Navy Saturday in the search after the incident, which happened about 35 miles off the Ensenada, Mexico coast. At 10:30 a.m.

The FBI waited for the ship to dock back in Long Beach to assist in the investigation and search efforts.

Meanwhile, Eyewitness News spoke with a passenger who was startled by the announcement early Saturday morning.

"About 3 a.m., we were awakened by a general announcement across the ship with a warning going, 'Man overboard! Man overboard! Man overboard!'" recalled Daniel Miranda. "So the ship has been given limited information. They told us we were stuck looking for the lady, and then they called us to clear us up. The crew's been very tight-lipped and of course, they've had different areas of the ship that have cornered off for their search when they were searching."