CHICAGO (WLS) -- Two of three juveniles charged in connection with the fatal shooting of a teen in the city's North Lawndale neighborhood appeared in court Sunday.

Police say the three male juveniles allegedly approached 15-year-old Kimon Wheeler and announced a robbery around 10 p.m. on June 17 in the 4100-block of W. Cullerton Street. When Wheeler attempted to flee, he was shot in the back. He later died as a result of his injuries.

The juveniles were arrested after being identified in connection with the shooting and will be charged as adults.

The third teen is awaiting his court appearance. 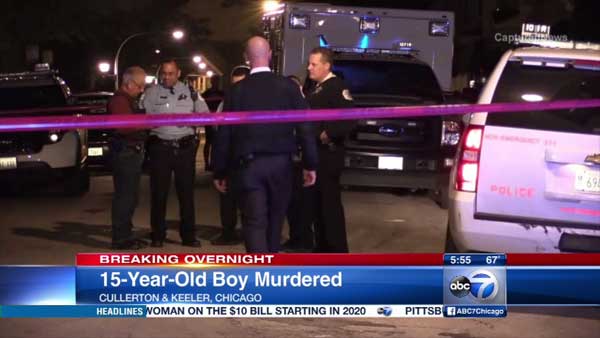