A 15-year-old boy who had his arm severed by a subway train in Queens Monday morning was attempting to subway surf, according to police sources.

NEW YORK -- A 15-year-old boy who had his arm severed by a subway train in New York on Monday morning was attempting to subway surf, according to police sources.

The sources said the boy was with three other teenagers and was climbing on top of the train car in Queens when he fell just before 10:30 a.m.

It remains unclear if the boy fell off the side of the train car or in between two cars, but he ended up on the tracks, where a northbound train ran over his arm.

He was found unconscious lying in a pool of blood.

"I got off the F train, and I saw the police putting up the tape and the actual body on the floor," witness Christian Mojica said. "I didn't want to see it. It's not pretty. I saw face, blood, a person slumped over, and I just left."

The teen was transported to a local Hospital, where the arm had to be amputated.

"There was a crowd forming, and in between the gap where I could get the view, and the EMTs were there and the MTA," Mojica said. "I was trying to keep the crowd away to allow the professional services to arrive."

The incident comes as the MTA, New York City's transit authority, is seeing an alarming increase in incidents with passengers riding outside of the train. So far this year, there have been 627 compared to only 96 in 2021.

That's a 553% increase with four months until the end of the year.

"It's very traumatizing, and I hope everybody there is able to come back from, because it's not nice," Mojica said. "I wish the best for anyone who is related to him."

Trains service on several lines was disrupted as police investigate the incident.

Commuters were urged to expect delays. 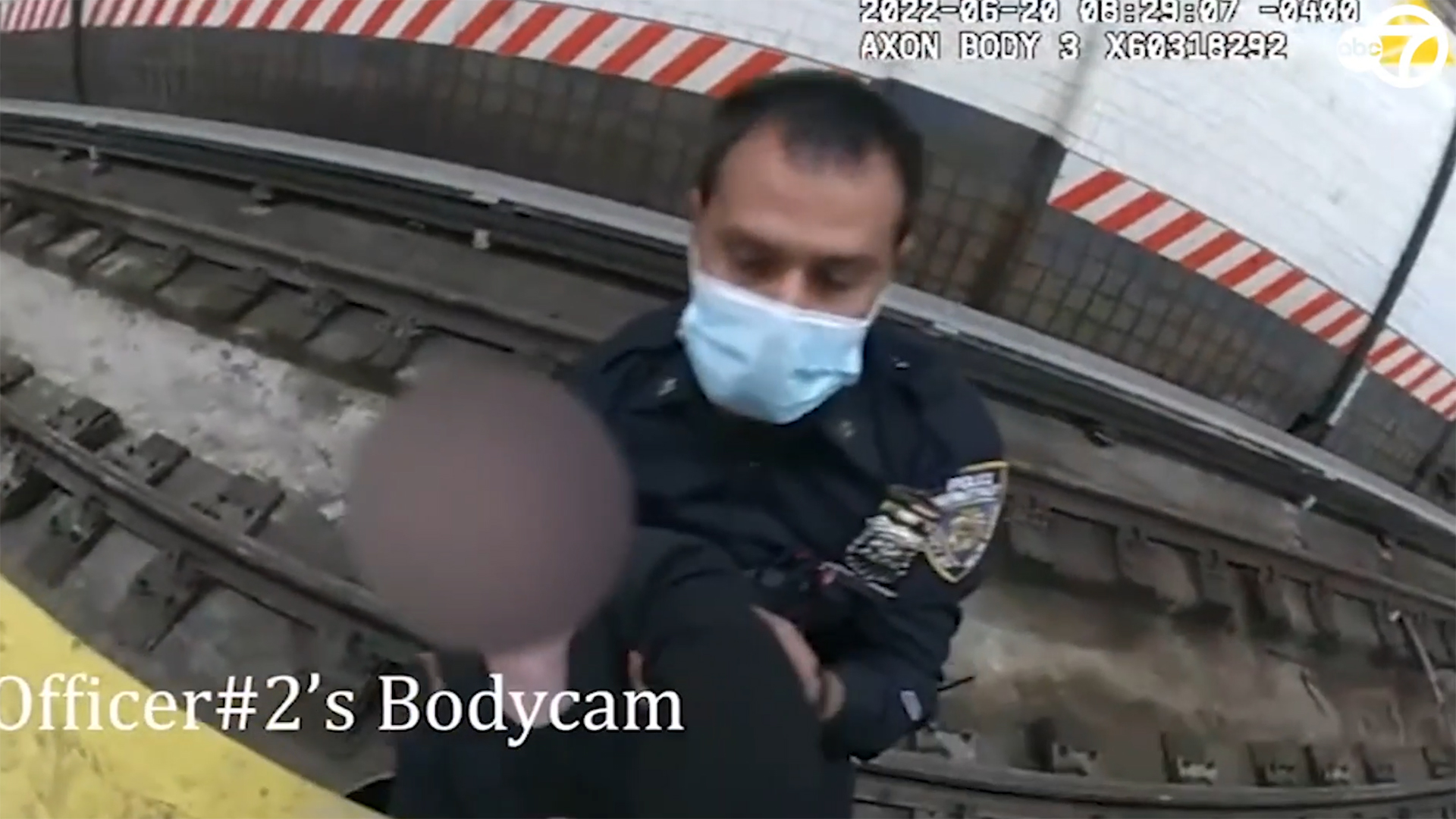 Man dragged to his death after leg gets stuck between train, platform