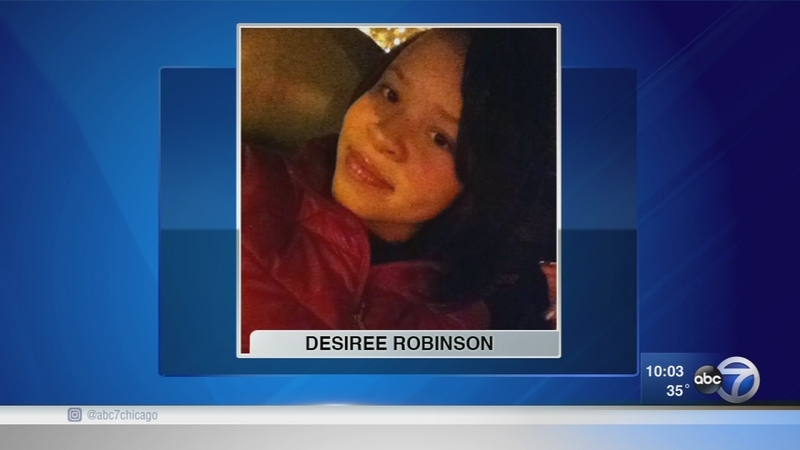 MARKHAM, Ill. (WLS) -- A teenage girl was found dead in a garage in south suburban Markham, Ill. Her grandparents reported her missing last month and have been in and out of touch with her since.

Desiree Robinson, 16, was found dead on Christmas Eve around 8:30 a.m. in the 16200-block of South Hamlin Avenue. Robinson lived with her grandparents who reported her missing on November 29.

Dennis Treadwell, Robinson's grandfather, said he got a call from Markham police on Christmas Eve about his granddaughter.

"The Markham police called me saying there is a situation with Desiree Robinson and they didn't give any particulars. They said they wanted me to come down to the police station," he said.

Instead he said police came to his Chicago home and told him Robinson was found dead in a garage in the early morning hours of Christmas Eve.

The medical examiner said her cause of death is multiple injuries and assault.

"She would leave and go with friends and we'd try to tell her it's very dangerous out there. That you have to watch out for yourself, Desiree, and she had her own mind and her own goals," Treadwell said.

He filed a missing person's report on December 13 with Chicago police after he hadn't heard from his granddaughter for a couple of weeks. He feared she was in danger.

"We thought it was a situation where there was some danger there. So we better let the officials deal with it," he said.

Now the family is left coping with a tragedy and wondering who is responsible for taking Robinson's life--a teen with dreams of going to college down South.