Daughter of Laren Sims, who killed husband with horse tranquilizer, details childhood on the run

Larry McNabney's 2001 death was at the hand of wife Laren Sims and her friend Sarah Dutra.
ABCNews
By Joseph Rhee,Keren Schiffman, andHaley Yamada 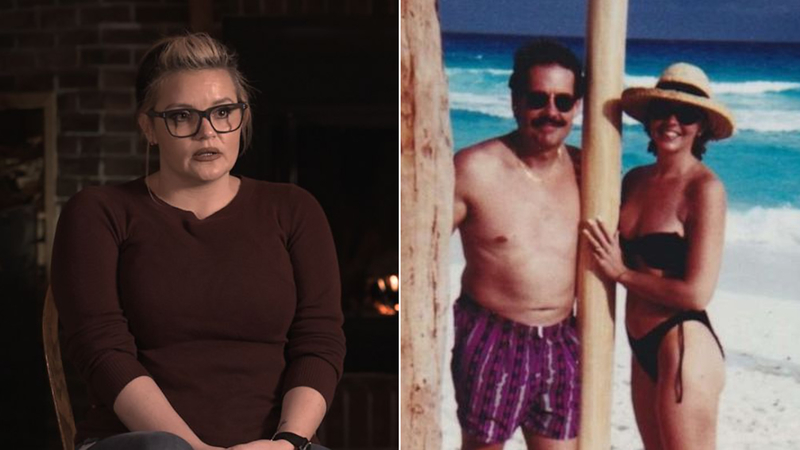 SACRAMENTO, Calif. -- When the respected California attorney and horse enthusiast Larry McNabney was killed, he was married to a younger woman named Elisa and lived happily in Sacramento, California - or so he thought.

McNabney died by a lethal dose of horse tranquilizer on September 12, 2001. His wife Elisa McNabney, who was using one of her many aliases, was actually named Laren Sims, a woman with a troubled past from Florida.

McNabney's death was at the hand of Sims and her friend Sarah Dutra, who was a secretary at McNabney's law firm. 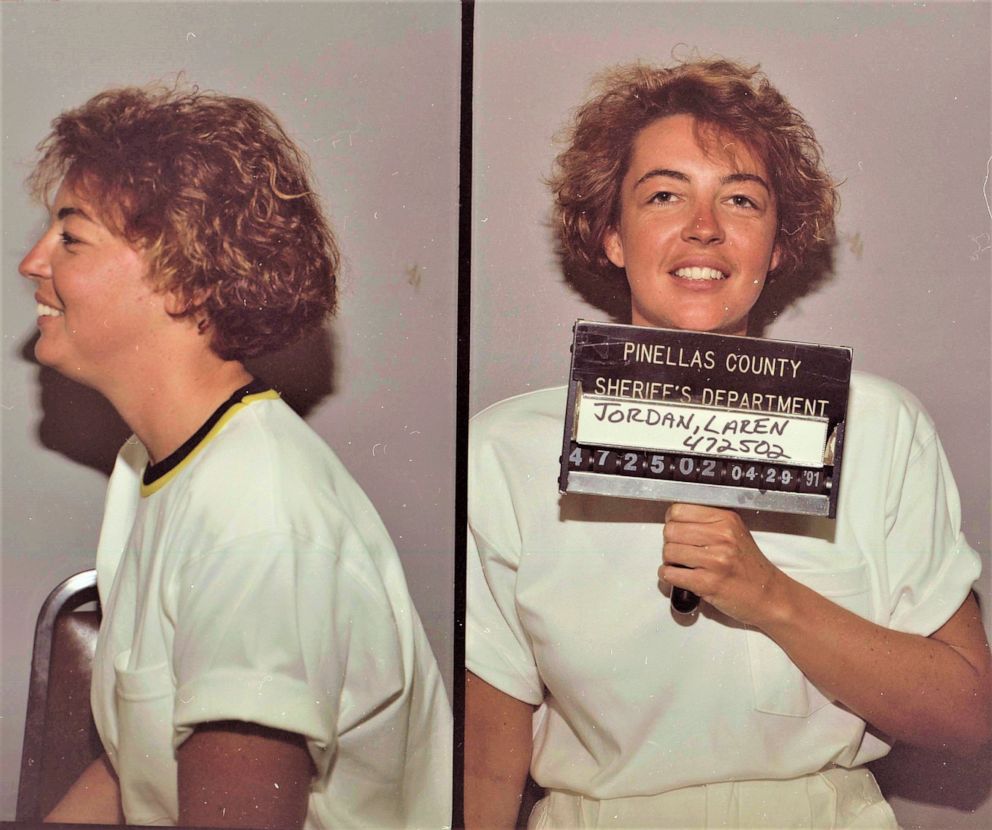 Sims would later die by sucide while in police custody for her husband's murder. Sarah Dutra would be convicted of voluntary manslaughter and being an accessory to murder by a jury in 2003 and sentenced to just over 11 years in jail.

McNabney's body was found buried in a vineyard on February 5, 2002. At that time, Sims had already liquidated the couple's assets and fled with her daughter. Sims would change her name again and a national manhunt ensued for weeks until her daughter called the police worried that her mother was suicidal and when police found Sims on a beach in Destin, Florida - she turned herself in on March 20, 2002.

Her daughter Haylei Jordan spoke to "20/20" in her first interview on what it was like to live life on the run. She said she hasn't spoken until now because she wanted to forget her past. 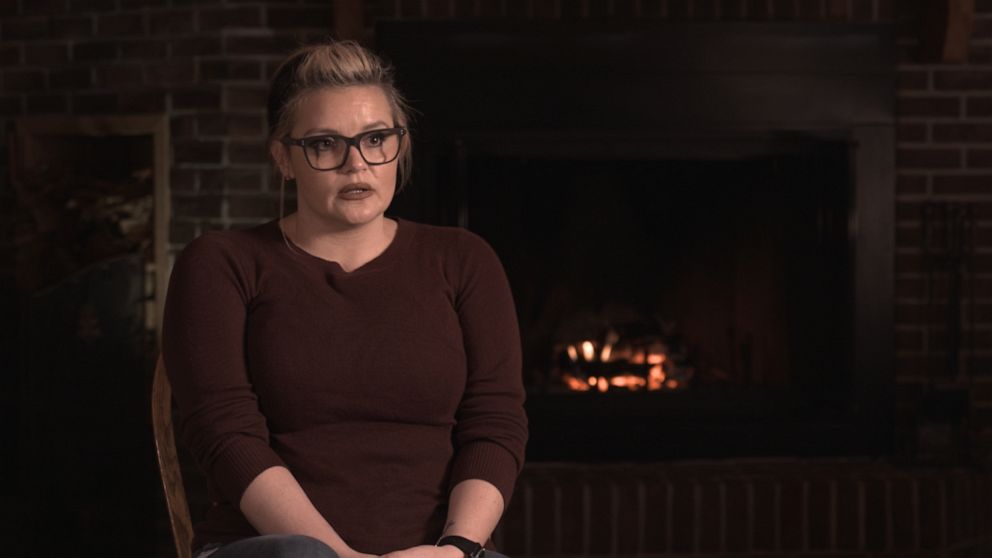 "I spent a significant portion of my life being known as Elisa McNabney's daughter," said Jordan. "I have previously refused to talk because I didn't want to have to deal with it anymore. I can reflect back on it. It didn't happen to me. I lived through it."

After her mother died, Jordan moved back to Brooksville, Florida, where she spent most of her childhood. Her mother had been part of a prominent family that has lived there for generations.

"I came home to the town that I was born and raised in, but I hadn't seen my family in almost a decade," said Jordan. "I didn't know what to do, because the only thing I had ever done was make sure that my mom was okay."

Jordan said growing up with her mother was erratic and that the two of them were constantly on the move, only spending a year to six months at a place at a time. 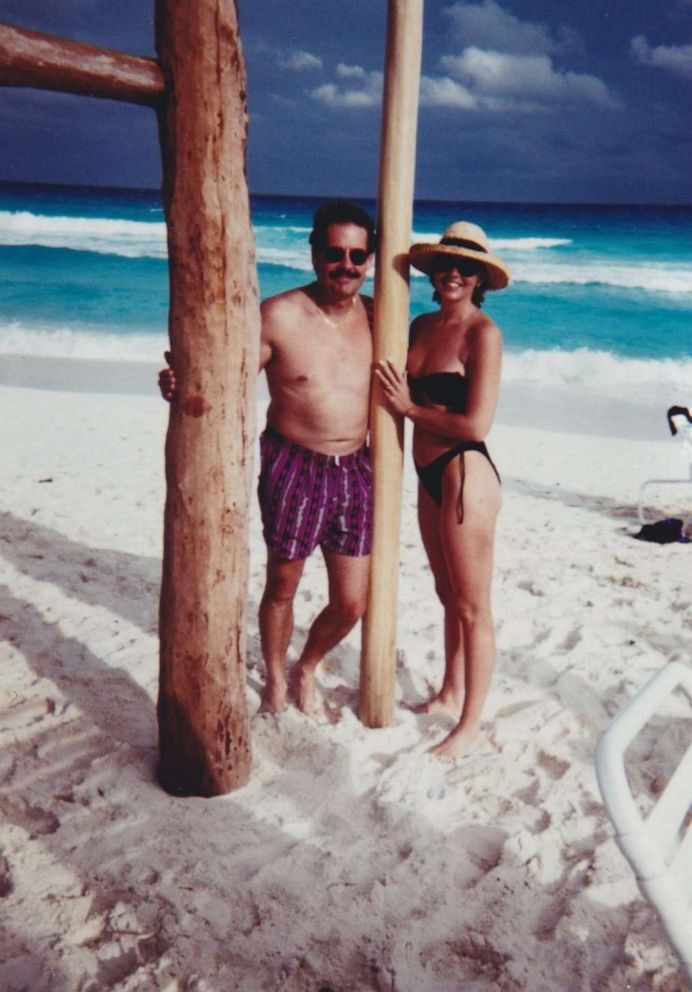 "When I think about my mom from that time, for her it was about fun, until it was not. Until it was about waking up in the middle of the night and saying, 'Hey, we have to leave.' Because rent hadn't been paid, or she was being evicted," said Jordan.

After Sims was arrested in Texas for attempted shoplifting in 1993, she decided to take Jordan and go to Las Vegas. Two years later, Sims got a job at the law office of attorney Larry McNabney. Both Sims and McNabney shared a passion for horses. The two quickly got married and she and Jordan moved into his home in Reno.

Diane Sawyer shares a look inside the historic mass tragedy in "The Cult Next Door: The Mystery and Madness of Heaven's Gate."

McNabney suffered from alcohol and drug addiction and Jordan said his drinking problem made her feel constantly unsafe around him. While McNabney's daughter from another marriage, Cristin Olson, claimed her father was not physically abusive, Jordan said she witnessed McNabney abuse her mother. She said at one point her mother separated from McNabney - but claimed she was too afraid to do anything about it because she saye he threatened to use her outstanding arrest warrants from Florida against her.

"She did try to leave a couple of times actually. He tracked us down and said if she didn't agree to come home with him he would kill both of us and then kill himself," said Jordan.

Jordan said McNabney's drinking got worse and, after an incident between the two where Jordan said he had grabbed her violently, her mother sent her away, allegedly for her own safety. 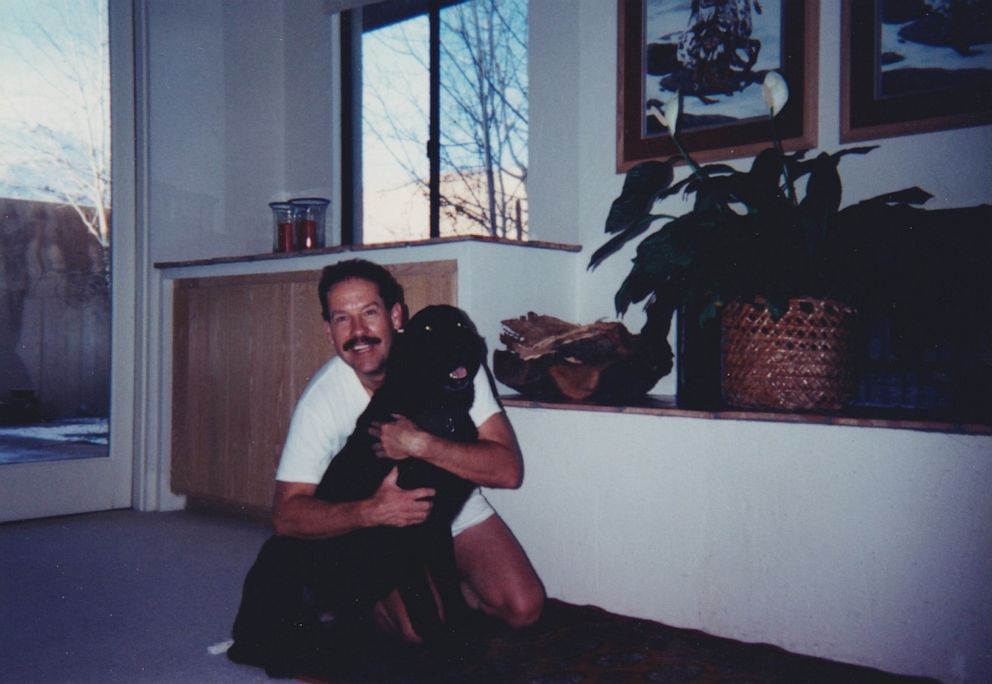 "[McNabney] was going off the rails. He was losing control of himself. I knew it got really bad when my mom looked at me and said, 'Oh, I got you a job training horses in Maine,'" said Jordan. "And I packed up and left."

An audit of McNabney's law firm revealed that at least $74,543 was missing from a client's trust account. An investigation revealed that McNabney had allowed his Chief Operating Officer, who was his wife Elisa, to misappropriate money from the firm's client trust account.

Shortly after McNabney was publicly reprimanded by the Nevada Bar Association, the couple and Jordan moved to Sacramento where he opened a new practice.

In California, the McNabneys hired Sarah Dutra as a secretary and Sims quickly befriended her.

While the couple appeared to be living large by attending horse shows and drinking fine wines, trouble brewed under the surface. McNabney was last seen alive on September 11, 2001, being pushed in a wheelchair at a horse show he and Sims had attended in City of Industry, in Los Angeles County, the day before.

Authorities searched for McNabney but the investigation dragged on. Four months after McNabney disappeared, authorities began to look into Sims and then she disappeared too. 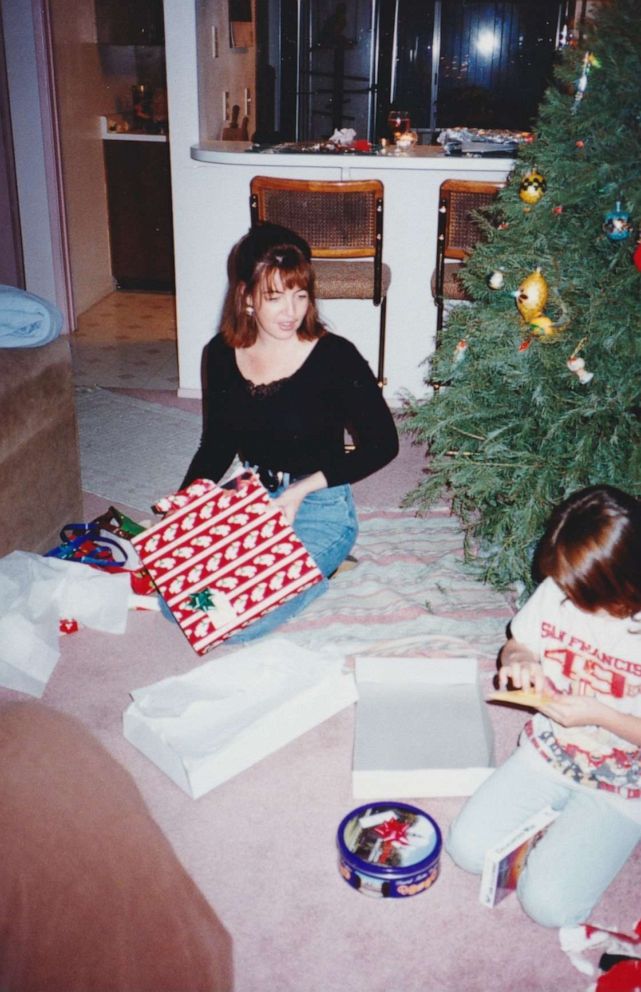 A break came in the case when police discovered McNabney's body five months after he had gone missing. At the time, Jordan and her mother were in Arizona, but after authorities found the body, the two were on the move again. Jordan said at that point she hadn't known what her mother had done and was so used to moving that she didn't question it.

The two drove through multiple states including Colorado, Louisiana and Alabama, and spent time in multiple towns for weeks. Jordan said they picked towns based on tourism because it was easy to disappear and they paid in cash.

"At this point I still had no idea what was happening in Sacramento," said Jordan. "But [leaving] Arizona had really just reinforced to me that this was going to be my life to continue protecting my mom from whatever is chasing her."

The two finally settled into the town of Destin, Florida, a month after McNabney's body was found and changed their names. However, the new home didn't last long. Sims got the feeling that law enforcement was closing in on her so she picked up Jordan and the two went to Charleston, South Carolina.

Jordan said that when her mother wanted to go to South Carolina, she told her that she had had enough. 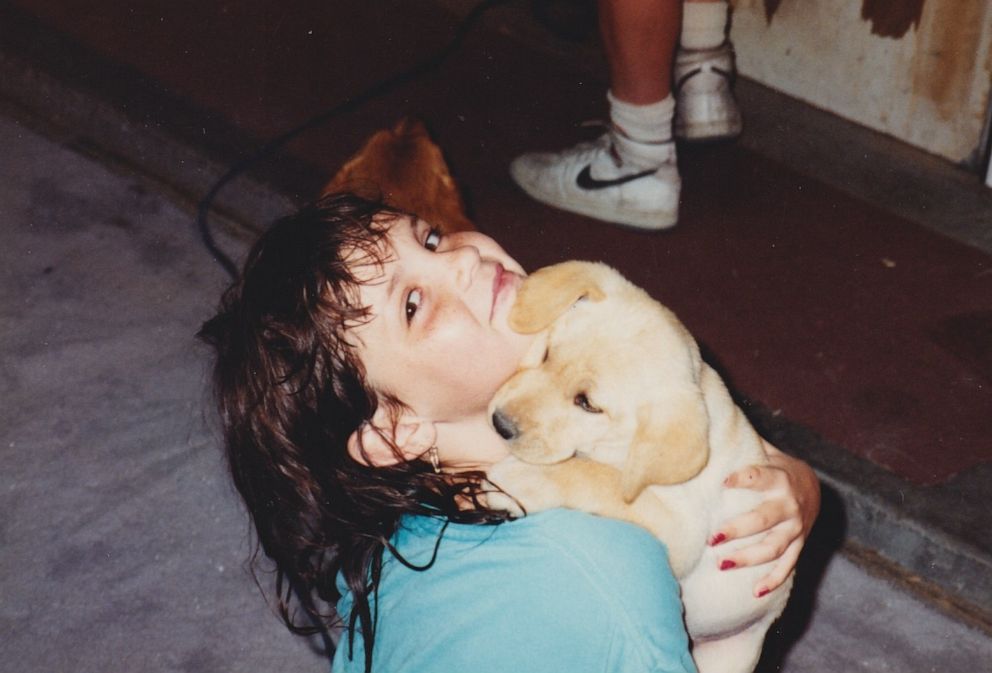 "I just felt resigned. I'm just a non-person, a non person. I exist, but I'm not really me," said Jordan, who added that was the moment when her mother told her about what had happened to McNabney. "She said, 'I need to tell you this, but I need you to not freak out... We killed him,'" said Sims, referring to herself and Dutra.

"And it kind of felt like everything was just white noise. I couldn't think. I didn't see anything around me. I was horrified," said Jordan.

After that, Sims and Jordan drove back to Destin. Jordan said when they got back her mother dropped her off and then drove off again. Not knowing where her mother was going and nervous about what her mom might do to herself, Jordan called the police and said that she worried that her mother might hurt herself. She gave police a description of the car her mother was in and that she was last seen in Destin. She didn't mention what she knew about McNabney on the phone.

Police tracked Sims to a beach nearby and before the cop said anything, Sims turned herself in, according to authorities. She admitted that she was a part of the killing of her husband in Sacramento.

"I was both incredibly relieved that she was okay and horrified that I had contributed to her worst nightmare happening," said Jordan.

After her mother was arrested and then died while awaiting extradition back to California, Jordan said she didn't know how to live without her and, even after years without her, she is still healing. Jordan said she believes her mother was a victim of domestic violence and what she has learned from her is that nobody should have to feel trapped in an unsafe situation.