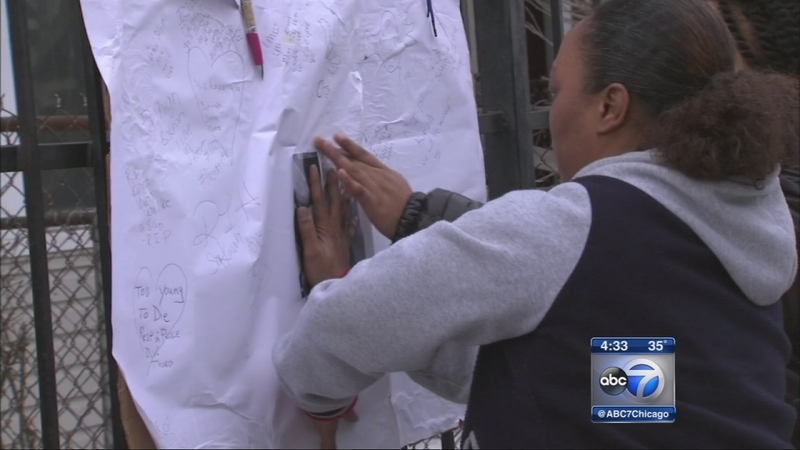 2 dead in drive by shooting

CHICAGO (WLS) -- Two teens were killed in broad daylight in a drive-by shooting on Chicago's South Side. Another teen was injured in the shooting.

Police said the teens were standing on the corner of East 76th Street and South Dorchester Avenue in the city's Grand Crossing neighborhood around 3:30 p.m. Tuesday when a car pulled up and someone opened fire from inside the vehicle.

Another 16-year-old boy was shot in the hand. He was taken to St. Bernard Hospital, where his condition stabilized. He is expected to recover.

"This is our neighbor, our friend we see every day. She is like one of my daughters," Latrice McClain said.

Police said the two males have gang ties, but McClain said Reed did not.

On Wednesday, neighbors set up a memorial at Reed's home. They remember her as a goofy and happy teenager who loved playing basketball and hanging out with her brothers.

"She was real, real sweet. She didn't bother nobody, didn't do nothing to nobody. She called me 'mama.' She had respect for everybody. She played basketball. She played with my grandkids. She was sweet," said Ladona Richmond, a neighbor.

"She was such a kind young lady, never in any trouble. I never called her Sakinah, I called her my pretty girl because she was so beautiful," Theresa Larkin said.