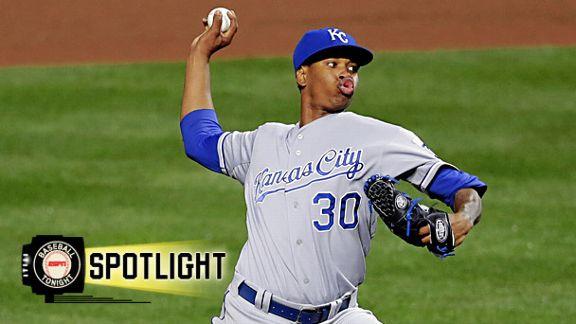 ESPN
BALTIMORE -- A night of rest and a round of treatment left Baltimore Orioles slugger Chris Davis confident he would avoid a trip to the disabled list with a strained left oblique.

Davis left Friday night's game against Kansas City after four innings. He received an MRI on Saturday, the results of which were not immediately available.

After spending time in the training room, however, Davis said, "I feel better today. Still a little sore; I think a lot of it has to do with the poking and prodding."

It is uncertain when the injury occurred, although Davis suspected the muscles in his left side might have been weakened when he dived for groundballs in Boston and Toronto before the Orioles returned home to face the Royals.

On Friday night, Davis winced after hitting a fly ball in the third inning. He played another inning before manager Buck Showalter removed the slugger from the game.

Although Davis protested initially, he said Saturday, "Try and get ahead of it now so it doesn't turn into a DL thing. The biggest thing to remember is we've got a lot of games to play. Missing one or two games now is better than missing 10 or 15 down the road."

Davis was not in the lineup Saturday night and will probably miss Sunday's game, too. The Orioles are off Monday, so it's possible he could return as soon as Tuesday.

Showalter said, "I was encouraged he did not feel any worse today. In fact, I think he felt a tad better."

Right fielder Nick Markakis was in the starting lineup at first base Saturday night. Before batting practice, three Baltimore coaches worked with Markakis at first base, going over throws and positioning.

Utility infielder Ryan Flaherty is also expected to get time at first base. Flaherty has been playing third base while the Orioles wait for Manny Machado to come off the disabled list following offseason knee surgery.

Asked if subbing for Davis, an All-Star last season, will be imposing, Flaherty replied, "I got stuck trying to do that for Manny the first couple weeks."

Machado could play in Class A Frederick or Norfolk on Monday. It appears the Minnesota series on May 2-4 could be the most likely time for him to return to the Orioles, Showalter confirmed.