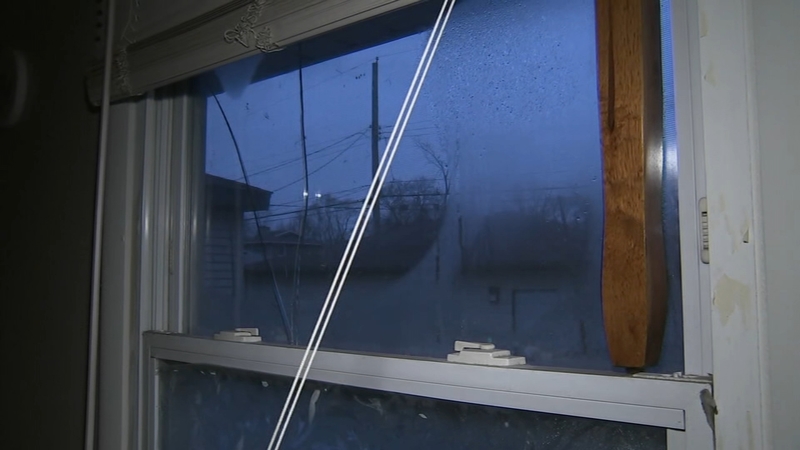 "I open my eyes, and immediately this man turns around and points a gun at me and tells me to be quiet and to scoot away from my boyfriend, push my phone away to make sure I'm not disturbing anything and to face the wall," she recalled. "I'm begging him to leave, and he's telling me he'll leave when he's ready."

Holden said the man entered her home on White Oak Avenue through a back window that had been cracked open around 10 p.m. Thursday night. After ordering her to stay in her bedroom, she said the man went through the house, stealing firearms and cash.

"I was scared if I woke him up he would try to play hero, and both of us would end up getting hurt," she said. "My main focus was just getting him out of the house as quickly as possible."

Hammond police said this is the fourth break-in committed this week by the same armed intruder.

"He just held a gun to their head and asked them where their money and their jewelry were, and kind of ransacked the house a little bit," said the son of two other victims.

Holden is relieved no one was injured.

Police have not released any surveillance images of the suspect. They describe him as an African American man in his 20s, about 5 ft. 10 in. tall with a very thin build.
Report a correction or typo
Related topics:
hammondtheftburglaryhome invasionrobbery
Copyright © 2021 WLS-TV. All Rights Reserved.
More Videos
From CNN Newsource affiliates
TOP STORIES