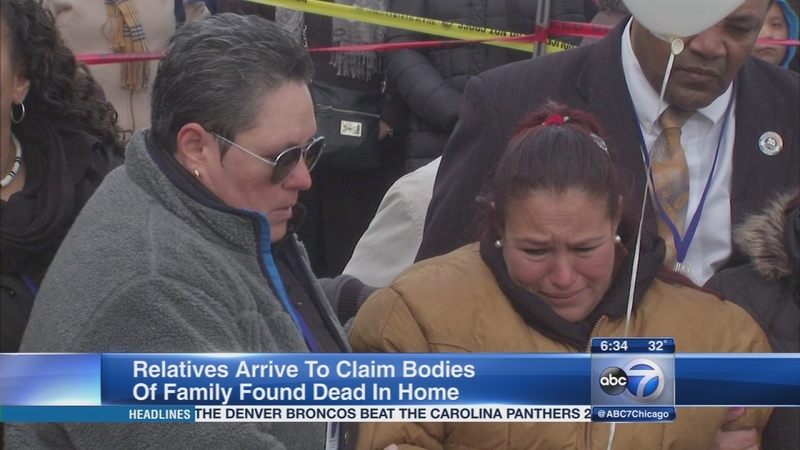 CHICAGO (WLS) -- Relatives of a family of six found murdered in their home in Chicago's Gage Park neighborhood last week are desperate for answers.

Huge crowds gathered in front of the home in the 5700-block of South California Avenue over the weekend to pay their respects. Six white crosses were set up, one to represent each family member killed: Noe Martinez Sr., 62; Rosaura Martinez, 58; Noe Martinez Jr., 38; Maria Herminia Martinez, 32; Leonardo Cruz, 13; and Alexis Cruz, 10.

All six were found murdered inside the house last Thursday. Some of them had been beaten and stabbed. One person was shot to death.

The grief is overwhelming for Victoria Martinez, who just arrived from Mexico. She's the surviving sister and was surrounded by supporters at a Sunday vigil. She plans to take the bodies back to Mexico for burial. Family members have set up a GoFundMe page, hoping to raise money to help cover the cost. As of Sunday, more than $26,000 had been raised.

Members of the community are still reeling from the murders.

"That's crazy that it happened right by my home. It could happen anywhere, anytime. Life is not promised to anyone. It's crazy how these innocent lives were lost," said Alberto Salazar, a neighbor.

Police do not have anyone in custody.

On Sunday, investigators took away one of the family vehicles, hoping it may contain evidence to help them find the killer.