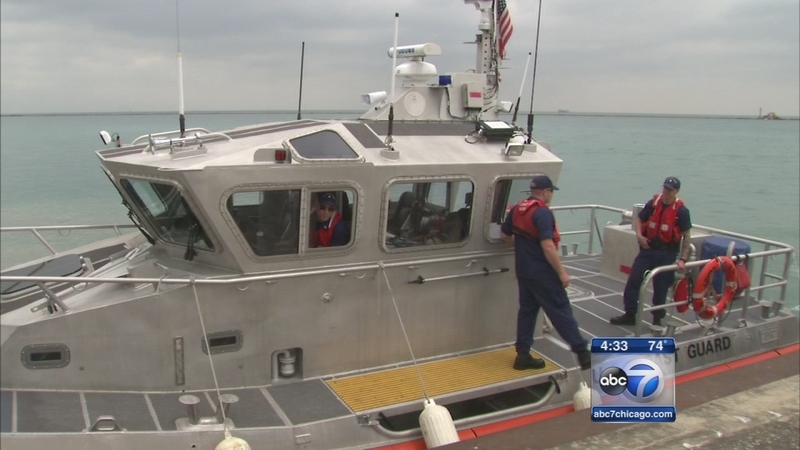 CHICAGO (WLS) -- As boats are starting to fill Chicago harbor, the Coast Guard is reminding you to play it safe on the water this summer.

Chicagoan Neil Goldberg is not taking any chances as he preps his boat, "Fear No Fish," for a summer of fun on the Lake Michigan.

"We make sure we have our life preservers, flares, fire extinguisher," Goldberg said. "Lake Michigan is very treacherous."

Local officials are once again participating in a national effort to encourage safe boating on the eve of the Memorial Day holiday weekend.

"We are here to remind boaters to be safe, be prepared, exercise caution and common sense," said Gary Schenkel, OEMC.

This year's effort begins during National Safe Boating Week, which starts Saturday and lasts for a week. The campaign is endorsed by the U.S. Coast Guard and promotes the value of wearing a lifejacket.

"This fun day could turn into a bad day if you are not prepared," said Chief Warrant Officer Phillip Robinson, U.S. Coast Guard.

In 2014, there were 610 boating fatalities across the US. Fourteen of those happened on the Great Lakes.

Eleven of them were on Lake Michigan itself, where the Chicago Police Department's Marine Unit will be out in full force.

Officers hope their presence will encourage boaters and their passengers to not only carry the necessary safety gear, like fire extinguishers and flares, but also make good choices.

CPD Marine Officer Mark Walsh says many people don't have a backup for their cellphone in an emergency.

"If I go out five or six miles, my phone's not working," Walsh said.

And because alcohol impairs a boater's balance, vision, reaction time, and decision-making skills, authorities are always looking for the intoxicated while asking boaters to stay sober so everyone on board will be safer.

"It's not a joke. This isn't a small lake but a large body of water and it can be dangerous. It can be fun but there are some dangers out here," said Lt. Allison Schloss, Chicago Police Department Marine Unit.

The U.S. Coast Guard has also developed a Boating Safety App to spread awareness about regulations and equipment as well as reporting incidents.