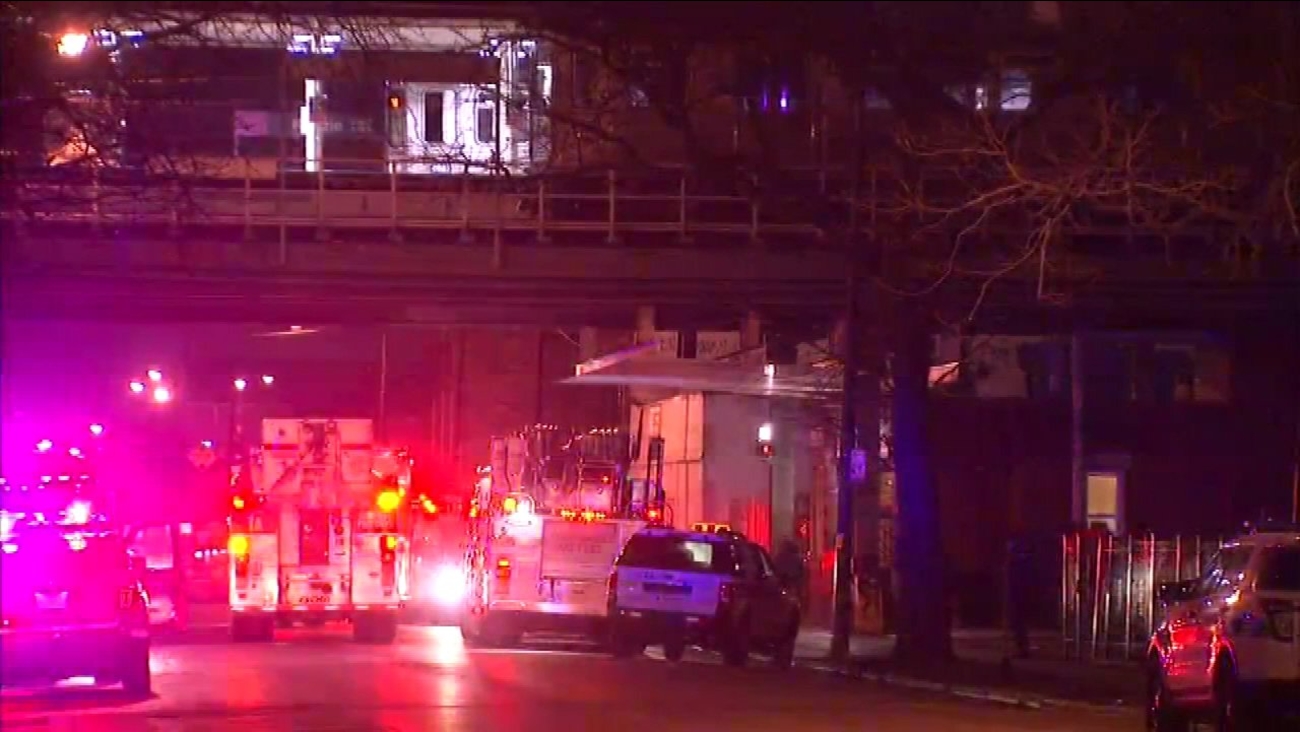 CHICAGO (WLS) -- A woman was killed after she was pinned under a Pink Line train at the Kedzie stop Sunday evening.

The woman, thought to be in her 30s, jumped in front of the train at 8:40 p.m., according to Chicago police.

First responders extricated her from under the train just after 9 p.m., according to Chicago Fire Department Cmdr. Curtis Hudson.

She was taken to Mount Sinai hospital, where she later died, Hudson said. The Cook County medical examiner's office could not immediately confirm the death.

CTA service was temporarily suspended between 54th/Cermak and Damen. Pink Line service had resumed with residual delays by 11:20 p.m. after it was suspended for more than two hours, according to the CTA.