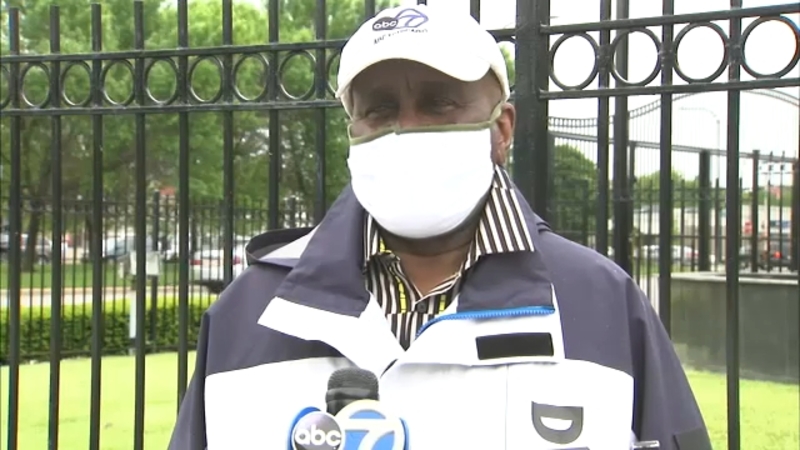 CHICAGO (WLS) -- A long-time ABC7 Chicago photographer was assaulted Monday while reporting on the damage in the South Shore neighborhood.

Businesses at 75th and Stony Island began the enormous task of cleaning up from the destructive weekend after another night of violence.

Store windows were broken, merchandise was stolen and at least one business was set on fire.

A team from ABC7 was planning to report on the damage when veteran photojournalist, Kenny Bedford, was attacked from behind and knocked to the ground.

"It was very volatile. I've covered a lot of protests and marches and we've never become part of the story," Bedford said. "It hurt. My elbow, my knee; I fell forward."

In over 45 years with ABC7, Bedford said he has never been physically attacked. He has since been treated and is doing well.

"I think it could have been worse," he added.