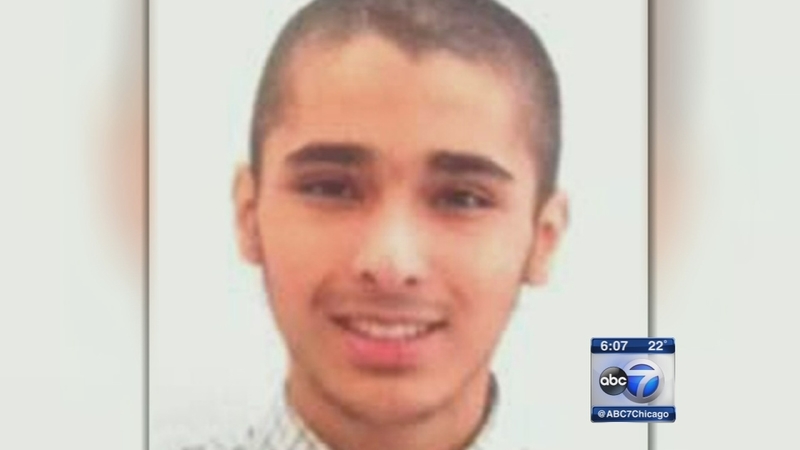 CHICAGO (WLS) -- The ABC7 I-Team reports that an accused terrorist, who authorities say wanted to blow up a Naperville nightclub, will remain behind bars.

It will be another Thanksgiving behind bars for Tounisi. When Tounisi was arrested he was 18. Now 20, he's still in the federal lock-up and still awaiting trial in Chicago.

On Thurday, a federal judge has decided that Tounisi should stay there until trial. The judge was unwilling to risk letting him out on bond and into home confinement.

"The family is deeply disappointed. This is their baby, this is their young man, so of course they wanted nothing more than to have him home for the holidays," said Molly Armour, Tounisi's attorney.

The teenager left home in April 2013, bound for Turkey and then, authorities say, Syria-where he was set to join an al-Qaeda offshoot. He was arrested at O'Hare Airport, about to board a plane to Istanbul.

Federal investigators say Tounisi was a friend of accused suburban terrorist Adel Daoud. According to court records, Daoud told an FBI informant that Tounisi wanted to blow up a nightclub here in Naperville on Route 59.

Authorities say Tounisi was drawn to jihadist internet sites and decided to go to Syria after he saw recruiting videos for the terrorist organization Jabhat al-Nusrah.

Tounisi's father was outspoken last year when his son was arrested. On Thursday, he had his hands full helping his weeping wife, Tounisi's mother, from the courthouse.

After hearing prosecutors say her son may have become more entrenched in anti-American views while locked up, Judge Samuel Der-Yeghiayan ruled there would be no bond and no home confinement.

If convicted, Tounisi is looking at up to 15 years in prison. His friend Adel Daoud is also facing trial in a parallel case, and a third Chicago teenager was arrested last month under similar circumstances, charges that he was looking to join ISIS.