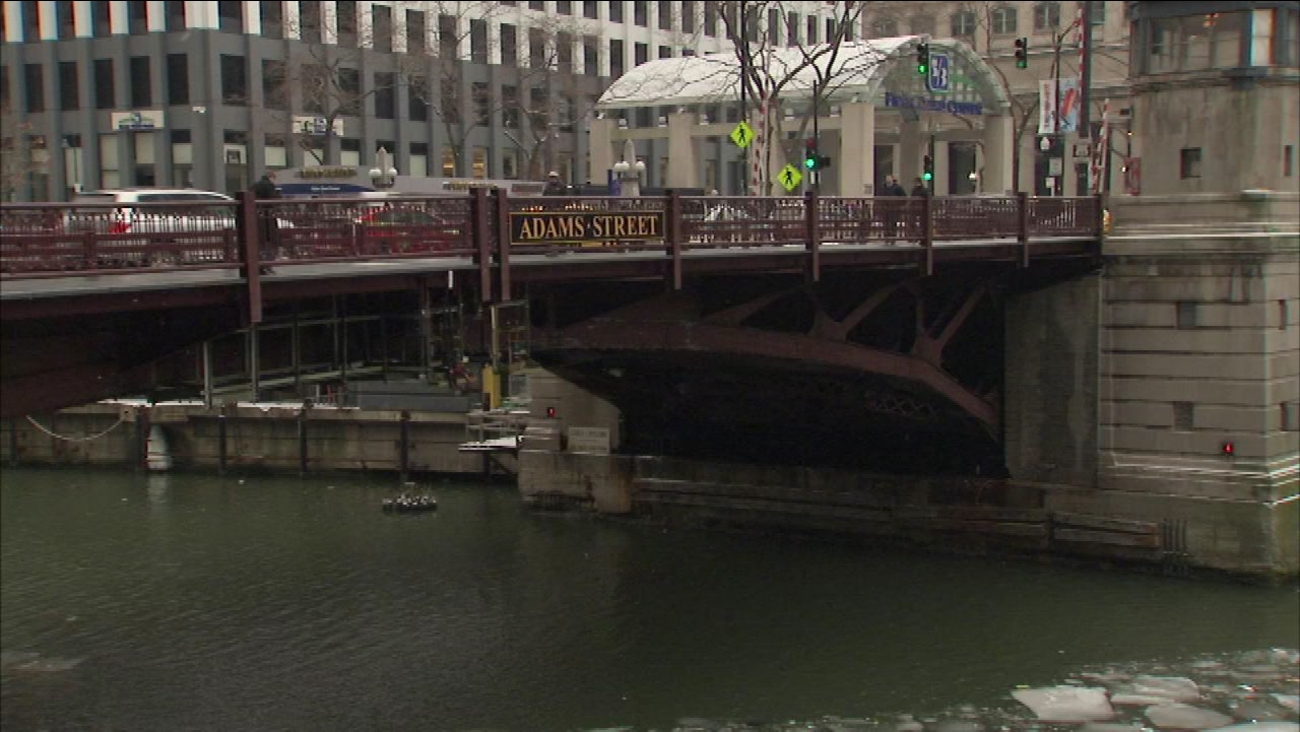 CHICAGO (WLS) -- The Adams Street Bridge is closed for construction for the next 13 months. Detours are in place.

Westbound vehicle and bicycle traffic is being diverted to Wacker where drivers can go south to Van Buren or north to Madison to continue westbound across the river. Once across the river, they should use Jefferson (from Van Buren) or Clinton (from Madison) to return to Adams.

There are also two new signed pick-up and drop-off areas for Union Station passengers on Jackson or on Adams, both between Canal and Clinton.