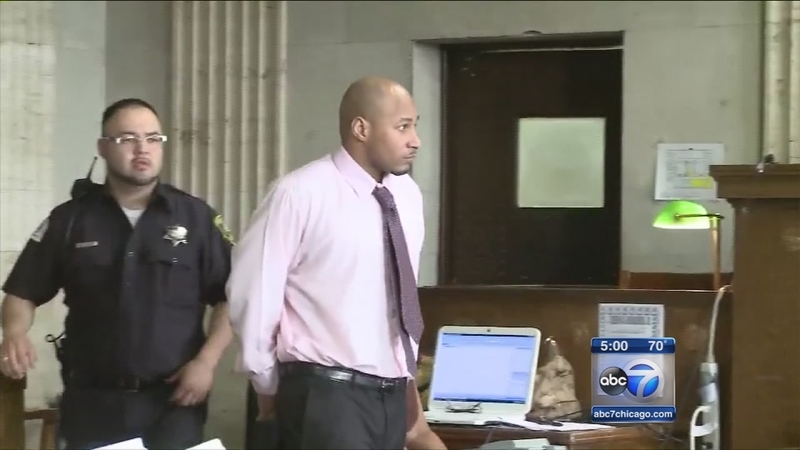 Davis, 38, was sentenced to life in prison when he was 14 for a retaliatory gang attack at East 56th Street and South Calumet Avenue that left two people dead in October 1990.

In April, Miller became one of 100 Illinois inmates who were granted new sentencing hearings after the Supreme Court ruled in Miller vs. Alabama that mandatory life sentences for juveniles constituted cruel and unusual punishment.

Davis' case was the first in Illinois, but there are dozens of other adult inmates who were sentenced to life as juveniles. The sentences are to be evaluated individually, but in this case the judge decided not to make any change.

"The defendant's repeated attacks on other people, his repeated threats to kill and hurt those around him, his continuous involvement in gang activity, all show that the prior sentence was the correct one," said Judge Angela Petrone.

On Monday, Judge Petrone said Davis' activities prior to the robbery, in which he was a 14-year-old look out, and disciplinary problems at the beginning of his incarceration add up to his life sentence despite testimony and evidence that Davis has turned his life around.

"These commendable acts towards self-improvement, and the support he has received from well-meaning but uninformed persons, are not sufficient for this court to alter his sentence," Judge Petrone said.

"They did him wrong," said Karen Davis, Adolofo's mother. "He should have come home. That's all I got to say."

"Twenty-four years is enough time considering they never proved he was inside the house or anything," said his sister Traci Milton. "She just had her mind made up."

"I think he's changed and everyone deserves a second chance," said Tony Flowers, his cousin.

Cook County prosecutors did not comment on camera but the State's Attorney's office issued a statement saying the sentence was appropriate.

"This was a mockery of a hearing," Mikva said. "This was not what [the Supreme court case] Miller was supposed to do, and she embarrasses my profession."

Davis' attorneys plan to appeal the judge's decision. In the meantime, Davis will be transferred back to prison.