Alcohol-related deaths double in US, women are at an increased risk, study says 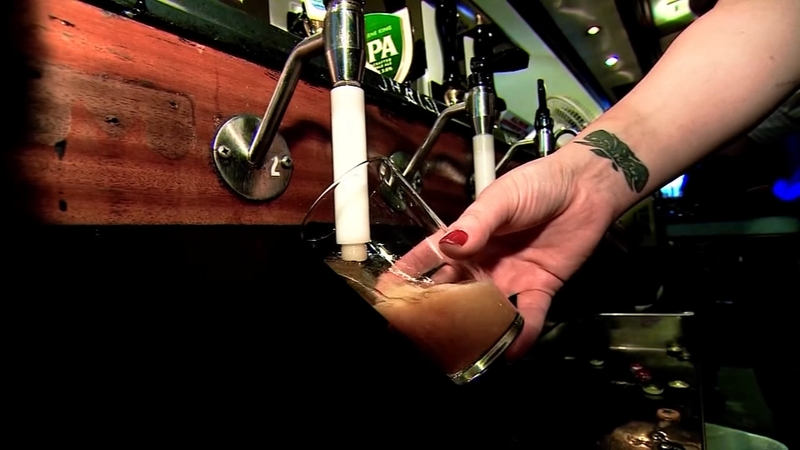 Alcohol-related deaths double in US, women at an increased risk: study

The number of Americans who have died from alcohol-related problems annually more than doubled between 1999 and 2017, a new study found, and that's likely an undercount, the researchers said.

The study was published Wednesday in the journal Alcoholism: Clinical and Experimental Research.

About half of these deaths are from liver disease or an overdose from alcohol or alcohol mixed with other drugs. Men died at a higher rate than women, but the largest annual increase in deaths was among non-Hispanic white women. Rates of deaths also increased more for people between the ages of 55 and 64. Rates of death were higher among non-Hispanic American Indians and Alaska natives.

Researchers think this number of deaths is an undercount, because while death certificates are the best way to track deaths in the US, the certificates often fail to capture the role alcohol plays in a death. Past studies have shown that only about one in six drunk driving deaths are actually reported as alcohol-related.

Americans are drinking more. Per capita consumption is up about 8% since the turn of this century and binge drinking numbers increased about 7.7%. About 70% of the adult population said they drank in 2017, averaging a little over two drinks a day. By US standards, that would put a good number of adults in the "heavy drinker" category.

Earlier research referenced in the study also showed a "significant" increase in alcohol-related injuries. Between 2006 and 2014, the rate of people admitted to the ER due to alcohol increased 47.3% among people older than age 12. Alcohol-related hospitalizations increased 51.4% between 2000 and 2015.

Dr. Elliot Tapper, who has used the same data working on similar studies that show similar results, said the new research is strong.

"When multiple researchers come to the same conclusion using different methods, I can tell you for certain these results are valid," said Tapper, an assistant professor at the University of Michigan whose area of practice focuses on cirrhosis and hepatic encephalopathy.

Tapper said he's thought a lot over the years about why there are so many more alcohol-related deaths and he attributes it to three factors.

First, he said that the increased prevalence of obesity, metabolic syndrome and diabetes make an increase in alcohol consumption much more harmful.

Second, he said, studies have shown that people are drinking stronger drinks.

"I live in a college town and I see college kids drinking products that are sweeter, easier to drink and have a higher percentage of alcohol," Tapper said.

Finally, he thinks it's no coincidence that the number of deaths from alcohol spiked after the 2008 Great Recession, much like with other "deaths of despair."

"This is more speculative, but there is some cultural social force which is leading people to drink more," Tapper said. "That could be related to changes in socioeconomic status, but it is true we are seeing people drinking more in one sitting and there is much more binge drinking which puts people at risk."

The good news, he said, is that alcohol-related deaths are preventable and there are public health options that could reduce these deaths. Higher taxes on liquor can curb drinking. Concert venues could restrict the number of drinks someone could buy at a concert, he suggests, or there could be more stringent blood alcohol levels for drivers.

"I don't think drinking is a crime, not at all, but there has to be a way to change policy to reduce access to the insane quantity of alcohol available for at risk people," Tapper said.

"If you catch people at the right time and if they can stop drinking, this is a promising situation," Tapper said. "I've seen people come into my clinic with liver failure and then after they stop drinking a year later, they look like a million dollars. The liver can regenerate and this is a problem that often times can be helped."