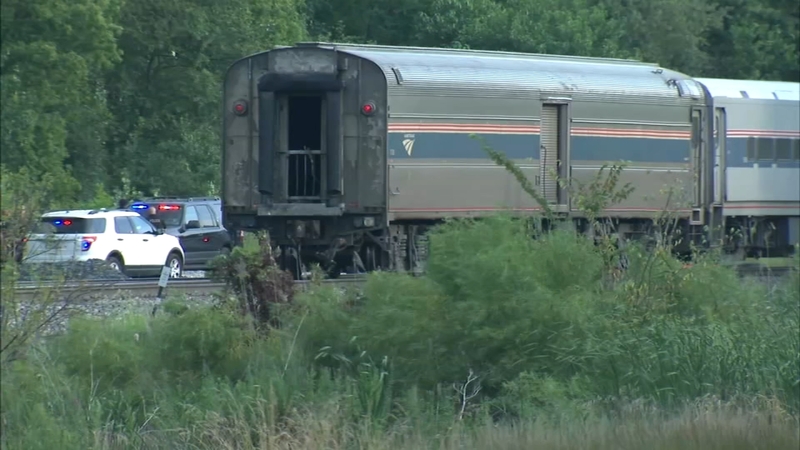 UNIVERSITY PARK, Ill. (WLS) -- One person is dead and passengers are stranded after an Amtrak train hit a truck and derailed in a southern suburb, according to fire officials.

Amtrak train 393 was going 70 mph when it crashed into a box truck at a crossing in University Park at around 5 p.m. Sunday.

"I was in the middle of the train and all I know is this lady grabbed me," said Jessie Buchanan, a passenger. "She was like 'I'm scared,' and I'm scared too."

Officials said there were approximately 297 passengers on board coming from Chicago's Union Station en route to Carbondale. The impact of the crash killed the truck driver. Two Amtrak passengers were taken to the hospital with minor injuries. 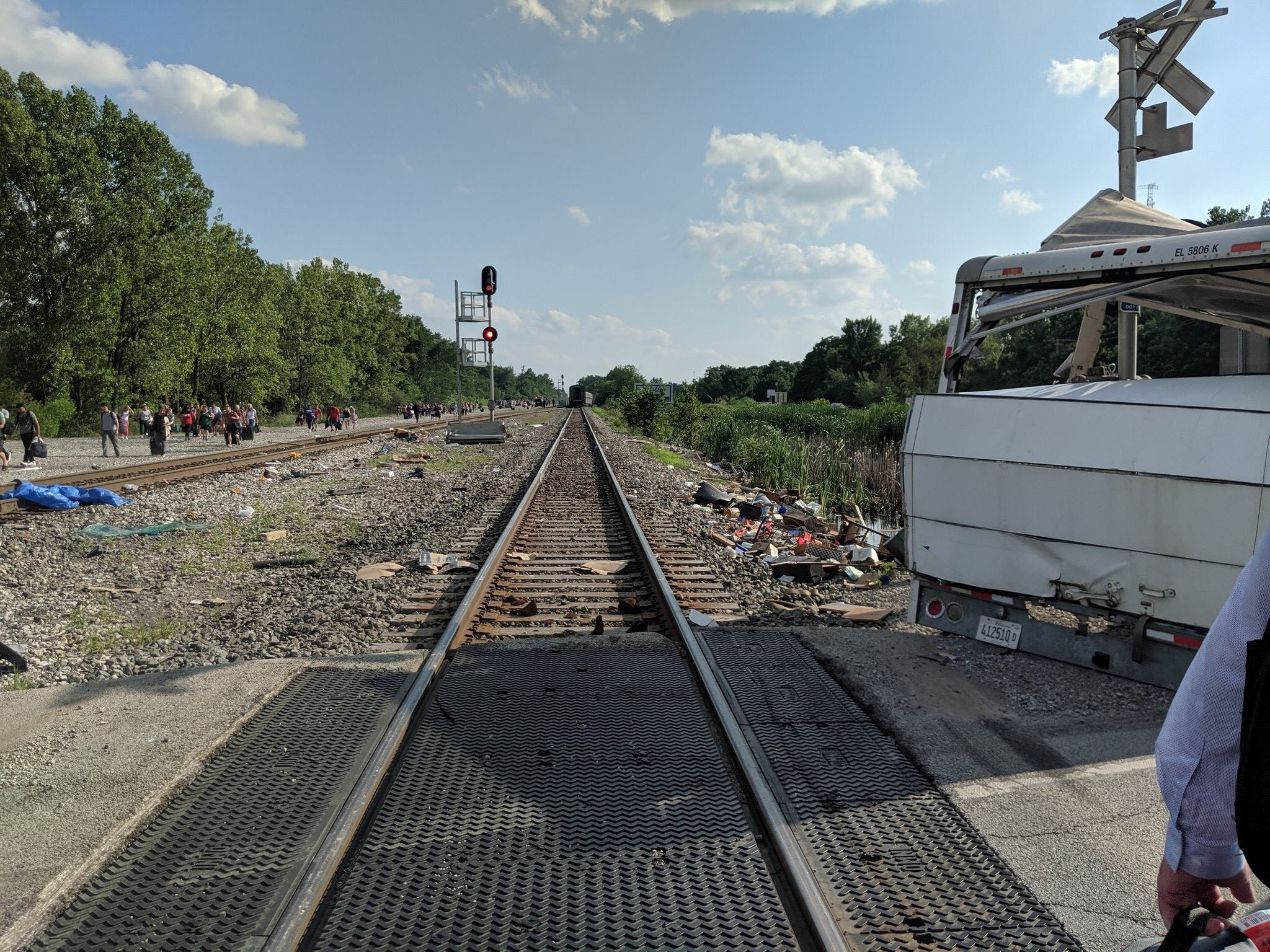 "I was scared. I was freaked out," said Angie Sheehan, a passenger. "I mean, I saw all the debris fly by."

"We went off the tracks into the gravel and the car started to tip," said Ross McAuley, another passenger. "Everyone was freaking out."

After getting off the train, some passengers waited at a nearby gas station for hours.

"I was going to Champaign to visit one of my folks," McAuley said. "Now I am just going to head back to Chicago and try again next week."

Amtrak officials said the City of New Orleans Train 59 that departs from Chicago Sunday is cancelled due to the collision. No alternative transportation will be provided.

SERVICE DISRUPTION: Due to Illini Train 393 striking a vehicle on the tracks in the train's path, City of New Orleans Train 59 that departs from Chicago (CHI) on 7/28 is cancelled. No alternative transportation will be provided. 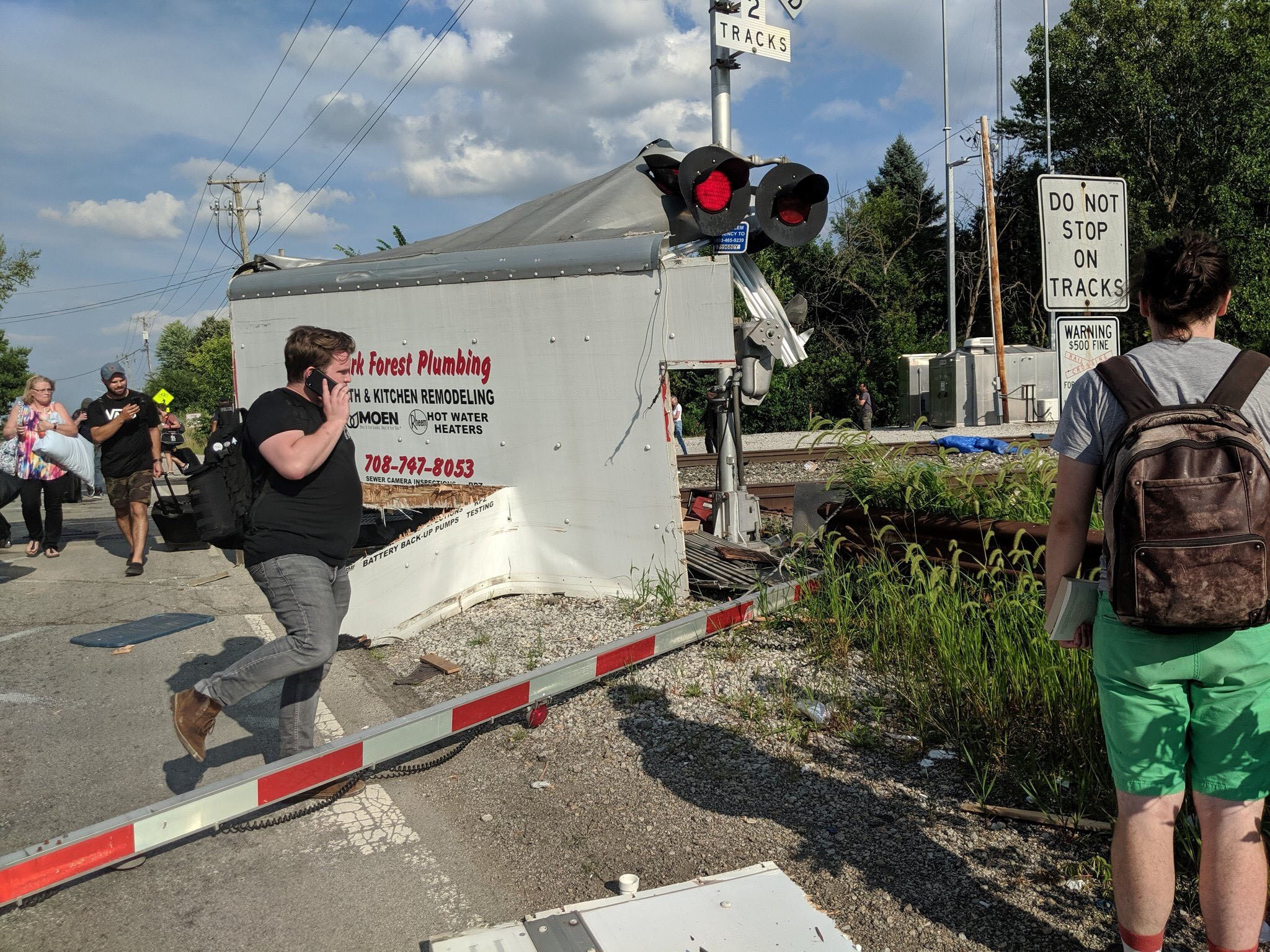