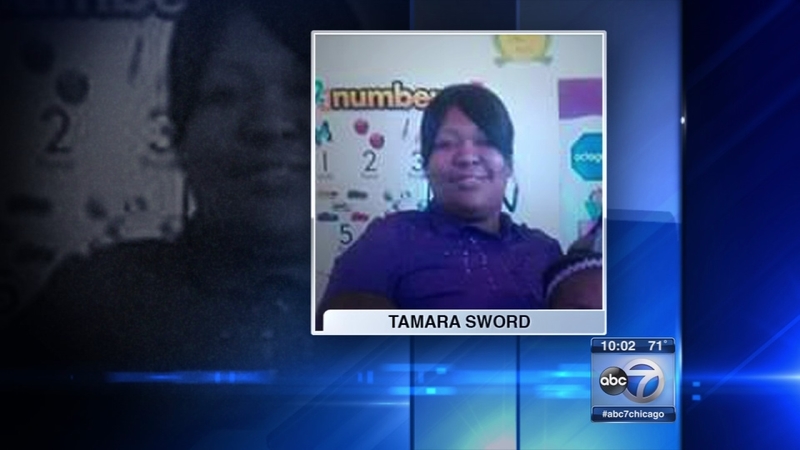 INDIANAPOLIS (WLS) -- The daughter of longtime Chicago anti-violence activist Andrew Holmes was gunned down near a mall in Indianapolis Saturday morning.

Holmes has spent decades working to stop gun violence in Chicago; now he finds himself on the other side of a story he knows all too well.

Tamara Sword apparently got caught in the middle of a gun battle near an Indianapolis night club.

The crime scene was littered with some .45 caliber shell casings. The gunfire apparently came from several people involved in a scuffle at a night club next to a gas station. Sword was outside the station when the shooting started, but ran and jumped into a car hoping to find shelter from the bullets. It didn't work. Her father says she was shot in the chest and died.

"It was senseless," Holmes said. "I work very hard for many years as an activist to reduce gun violence. I've worked with so many families and it hits my home deeply, my own daughter."

Holmes has comforted hundreds of Chicago families whose loved ones have been victims of gun violence. He works tirelessly to help police track down suspects and speaks out against gun violence.

It never touched him directly with a member of his immediate family until now. His 32-year-old daughter was a mother of five children living in Indianapolis, supposedly far away from the often-violent streets of Chicago that have become so familiar to her father.

"It's horrible and yet Andrew would be the first one to say that violence can strike anyone at any time," said Susan Johnson, Chicago Survivors.

Activist priest Michael Pfleger lost his adopted 18-year-old son Jarvis to gun violence nearly two decades ago. He says the pain still feels fresh. He has spoken to Holmes and knows how difficult this is.

"You know what you've told other folks in those situations when you can't make sense out of it," Fr. Pleger said. "You've just got to trust God, you've got to not let this consume you."

"Someone took my baby's life and it ain't right," said Holmes.

The man whose car Sword jumped into was also killed. The Chicago Survivors group held a prayer vigil Sunday morning in Indianapolis. The group is also offering a $16,000 reward for information that leads to the gunman.