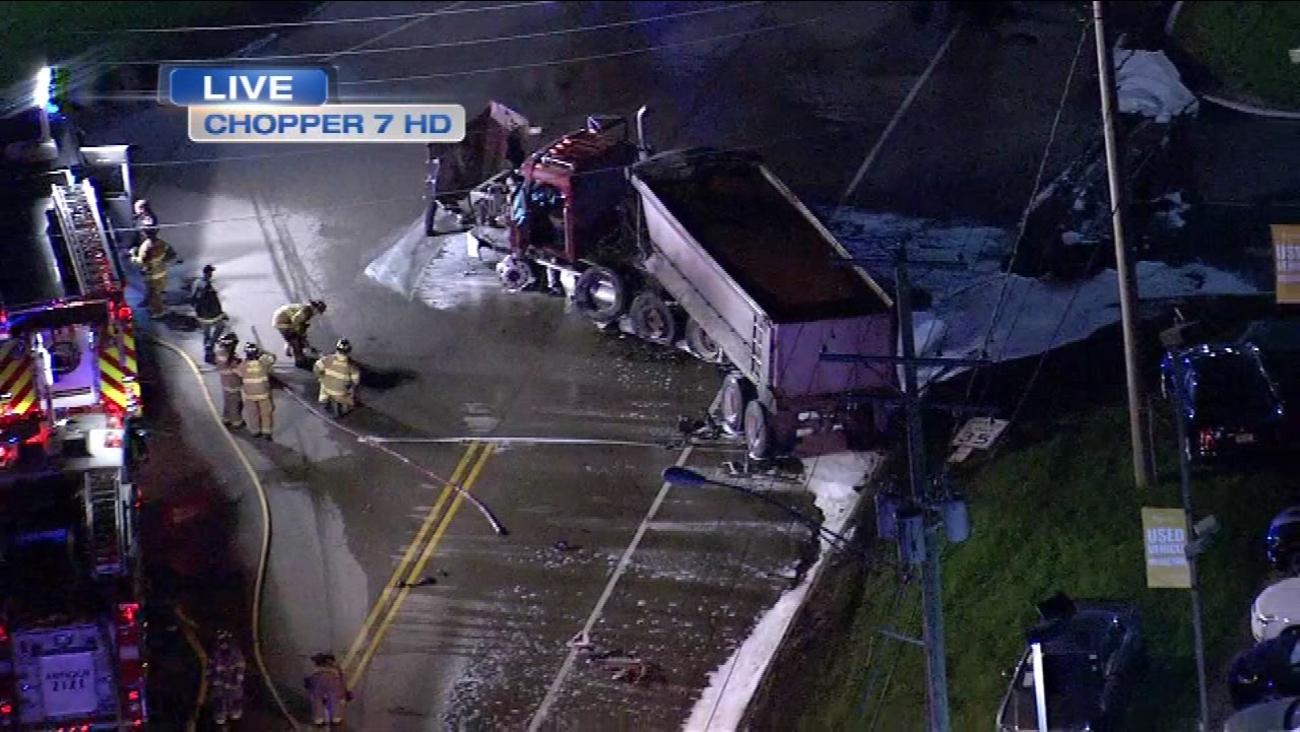 ANTIOCH, Ill. (WLS) -- Lanes on Route 173 in Antioch have reopened after a semi-truck caught fire after following a crash with an SUV Monday morning.