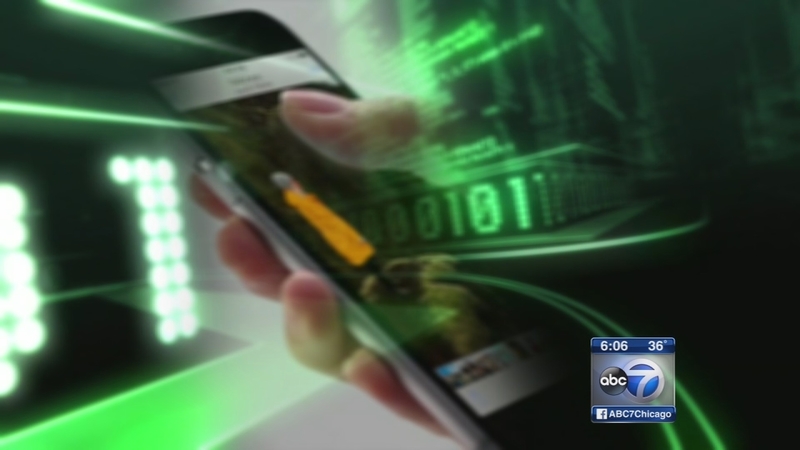 CHICAGO (WLS) -- When can Apple and the government unlock your iPhone? That legal question has become controversial since the San Bernardino terrorist attack. But now the ABC7 I-Team has learned there are similar cases here in Chicago.

The government believes it is unlocking evidence of crimes, while Apple maintains in some cases, it is an invasion of privacy. But the legal fight over your rights and the government's needs isn't just playing out in California after the San Bernardino massacre.

The I-Team has learned that there are more than a dozen similar, current cases across the U.S., including four of them in Chicago.

But that is just one fight among 15 encryption cases in the U.S., the past few months, including these three in the northern district of Illinois and a fourth more recently filed here.

The Chicago filings last November and December and earlier this month ask for Apple's assistance in unlocking two iPhones and an iPad. In each of those cases, according to Apple attorneys, the company has objected. In each case, the filings are under seal and not accessible.

The I-Team has found more than a dozen cases in Chicago the past few years in which federal authorities have filed cases against specific iPhones, computers or other devices in legal moves to gain access to the contents. While many of those files are also sealed, we have uncovered one Chicago child pornography case in which the FBI admits "agents have been unable to view images on the Apple iPad, which is encrypted and which will require additional time to decrypt and examine."

In the San Bernardino case, investigators believe critical evidence may be on the killer's phone and have the support of many of the victims' families.

Even Microsoft founder Bill Gates is now weighing in, telling the Financial Times he thinks there's a way Apple can turn over specific information to the feds.

"You shouldn't call the access some special thing. It's no different than should anybody ever have been able to tell the phone company to get information," Gates said.

The current legal skirmish involves a federal statute called the All Writs Act that was part of a law from 1789 and passed in its current form in 1911. The feds have revived that act now in trying to compel Apple to come up with a key to unlock iPhones in terrorism cases where they have no other option to get the information.