It comes almost a full week after a train crashed off the tracks and up an escalator.

Thirty-two people were injured in that crash after the train operator admitted to dozing off.

The big change Sunday was that the damaged escalator hasn't yet been replaced.

A week ago, the CTA was hoping to have the damaged station open much sooner, but it took much more work than thought to remove the train. After crews worked around the clock, the Blue Line station opened at 2 p.m. Sunday.

With little fanfare the yellow tape and cones were removed and the turn styles opened. The Blue Line O'Hare station is open for business with a working escalator.

Service resumed a week since after a CTA train derailed and came to rest on an escalator. It was an accident that sent over 30 people to the hospital. Sunday, some of the first Blue Line passengers to arrive at O'Hare say they were relieved to have a smooth ride.

"We were coming in to the station and they slowed down real slow, so I wasn't worried about it," said passenger Nia Schexnider.

"I was a little nervous, but I guess it was running again, everything ok driver seemed like he was doing good," passenger Rob Cron said.

A bit of caution on everybody's part after the El operator, identified by the ABC7 I-Team as Brittney Hawood, admitted to dozing off as she drove the train into the O'Hare station just before 3 in the morning last Monday.

Her union says she had worked 69 hours in the seven days prior to the crash, the CTA disputes those numbers and says the operator worked 55 hours and was off 18 hours prior to her shift.

For Sunday's regular Blue Line customers, they are just happy to have the station back open and many are confident their rides will be safe.

Since the accident, the CTA has made some safety improvements at the station. Trains now roll in at 15 miles per hour, rather than 25. 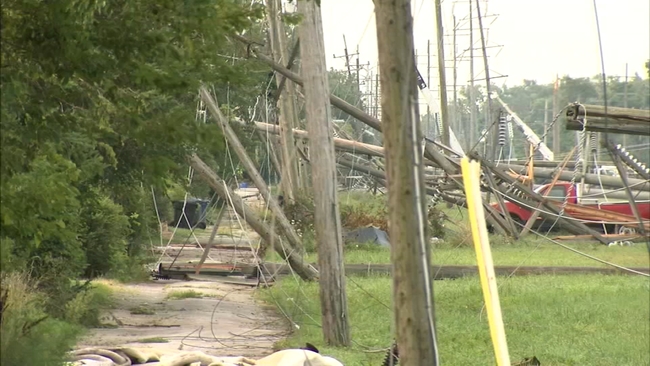