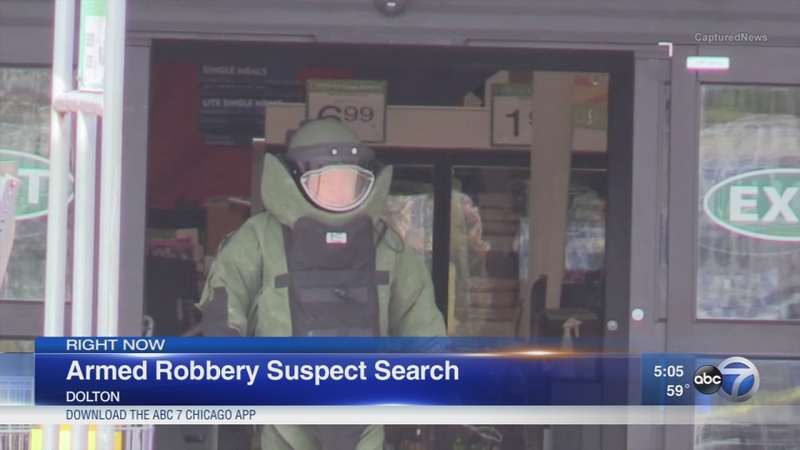 DOLTON, Ill. (WLS) -- A man robbed a Dolton grocery store Saturday and left behind a device that looked like a pipe bomb, sparking an evacuation of the store.

The Cook County Sheriff's Office's Bomb Squad responded to the Food 4 Less store and determined that the device was not explosive.

"It appeared to have all the workings of an actual bomb, a pipe bomb," said Robert Collins, Jr., Dolton's police chief. "It had the electronics with it. The only things it didn't have is the explosive materials."

At about 10:45 a.m., the man - wearing a surgical mask - entered the south suburban store, located at 1000 E. Sibley Blvd., and demanded money from a cashier. The man appeared to have an explosive device and detonator and left the package behind when he left with cash.

Workers and shoppers ran out of the store, fearing that the device would explode.

They reopened at about 4 p.m.