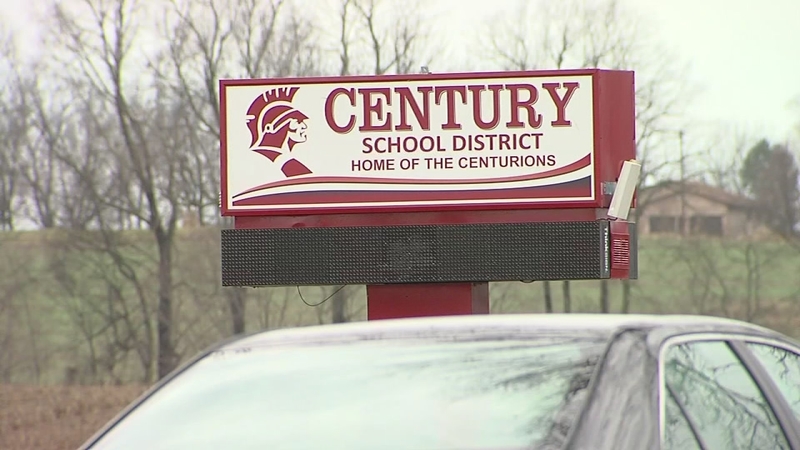 ULLIN, Ill. -- President Trump has endorsed the idea of arming some teachers with guns to help prevent future school shootings.

While many educators slammed that idea, the Century School District in southern Illinois hopes to be the first in the state to do just that.

"We arm our Brinks trucks because we hold value in it, but yet our most valuable asset in our society are our children and we do nothing," Century school board member Keith Clark told WSIL.

Clark said the district asked its legal team to review Illinois law to see if a provision that allows districts to hire armed security guards could be used to arm teachers and other staff members.

"I believe we are the first to go down this avenue," Clark said.

"It's disheartening being an educator having this conversation but with everything going on, but it's a conversation we have to have," Supt. Landon Sommers said.

Sommers said the district already invested in metal detectors, cameras and new doors, but thinks all options should be on the table.

"Some people feel very strongly both ways about it, but I feel it's something we at least have to consider to make sure our kids are safe," he explained.

"It could be good in a way and it could be bad in a way. Just depends if they train them in the right way, it would be good," parent Kim Rarricks said.

Rarricks said she's okay with her son's teacher carrying a gun, if they're trained.

"I wouldn't worry because we got guns at home but we go they go hunting so we're used to being around them," she said.

Clark said that every teacher wouldn't need to be armed -- just a few. He said hopefully the district will know if it will move forward with this idea of training and arming teachers in about three weeks.