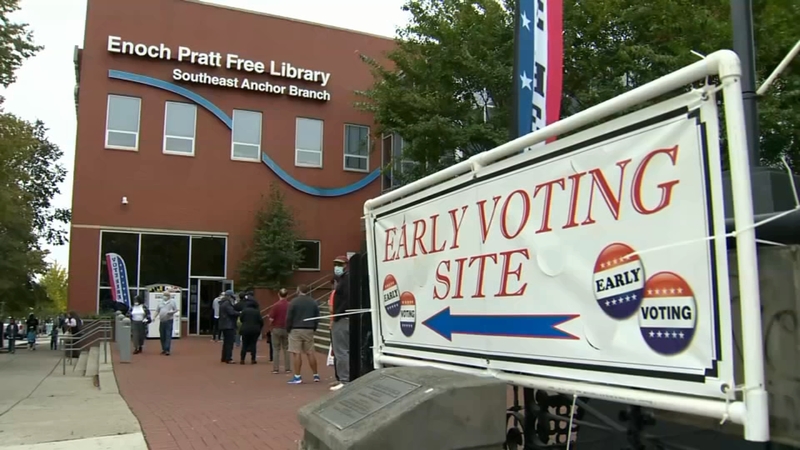 JARRETTSVILLE, MD -- A Maryland man was arrested for trespassing after refusing to wear a mask and follow directions at his polling place.

Daniel Swain, 52, was one of two men who had the cops called on them for refusing to follow rules while trying to cast their ballot.

"The state and county boards of elections have been very careful about trying to keep people protected. You know, the pandemic is, is spiking out of control at this point in states across America," Gov. Larry Hogan said.

Deputies said they spent 30 minutes trying to resolve the conflict. Eventually, the deputies told the men they needed to leave.

One of the men agreed, but Swain refused. That's when he was arrested for trespassing.