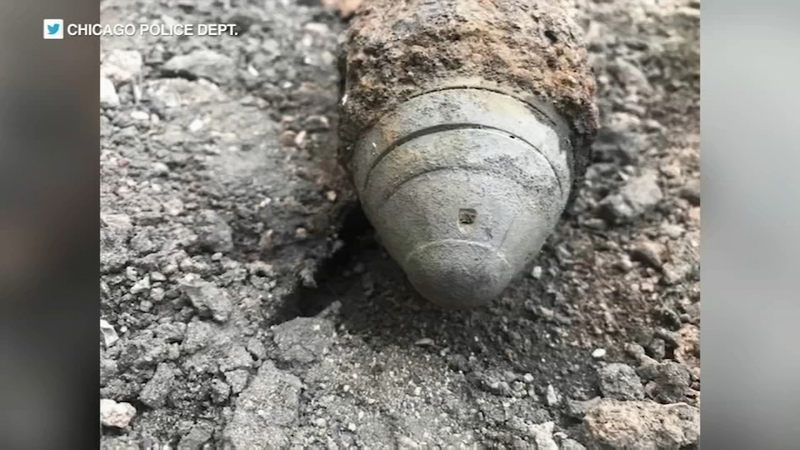 CHICAGO -- Someone uncovered a bit of explosive history Wednesday morning in their Southwest Side backyard.

The Brighton Park resident was digging when he came across a live 75mm artillery shell dating back to World War II, according to Chicago police spokesman Tom Ahern.

The man called in police officers who showed up and radioed in the bomb squad to the home in the 3000 block of West 38th Place, Ahern said.

The bomb squad x-rayed the shell and determined it was likely live, he said.

The squad removed it to a remote location and exploded it with a counter charge, which is standard practice to disarm possible explosives, Ahern said.

The team was able to confirm the shell was from the Second World War by markings on the shell, he said.

"We just want people to know that if they ever come across anything like that - a suspected explosive device - to clear the area and call police," Ahern said.

Ahern said it was unclear how the shell got into the person's yard.