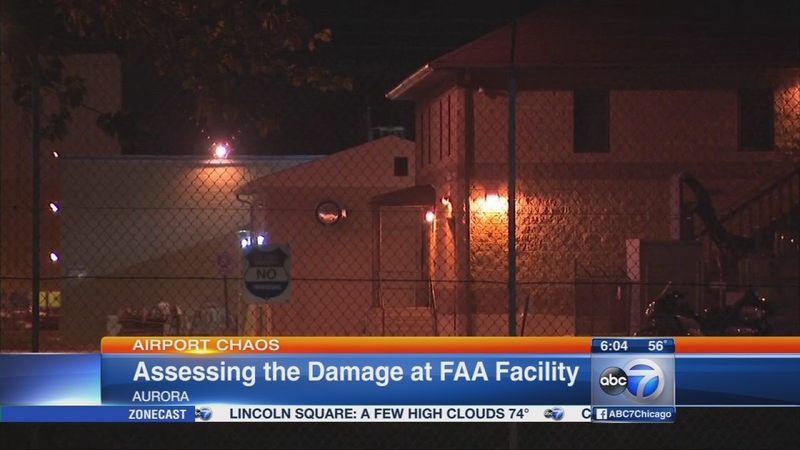 CHICAGO -- The FAA center in Aurora directs thousands of flights across the country.

Following the fire at the facility, a ground stop was put in place at O'Hare and Midway airports as officials scramble to re-route planes.

Thousands of flights were canceled at both of Chicago's airports: 400 at Midway, 1,400 at O'Hare. But the effect could be felt across the nation.

The Aurora facility is one of 21 air route traffic centers in the U.S. that deal with flights at high altitudes, according to UIC transportation engineer Professor Bo Zou, who researches air traffic patterns.