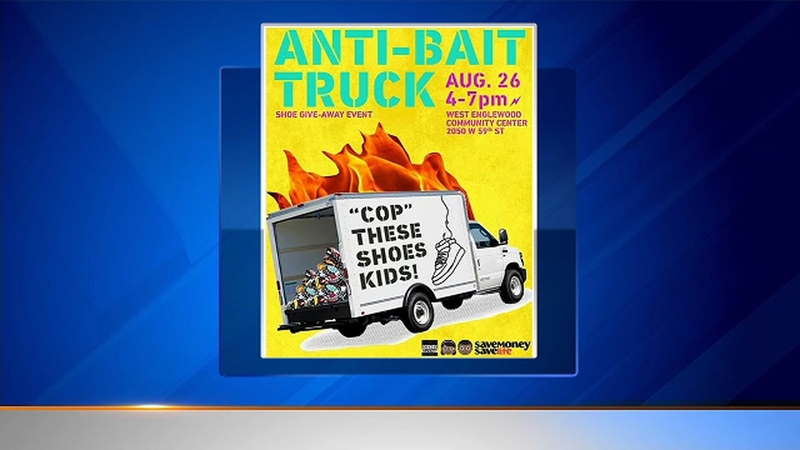 CHICAGO (WLS) -- Up to 10,000 pairs of free shoes will be given away in Chicago's Englewood neighborhood this weekend in an "Anti-Bait Truck" event.