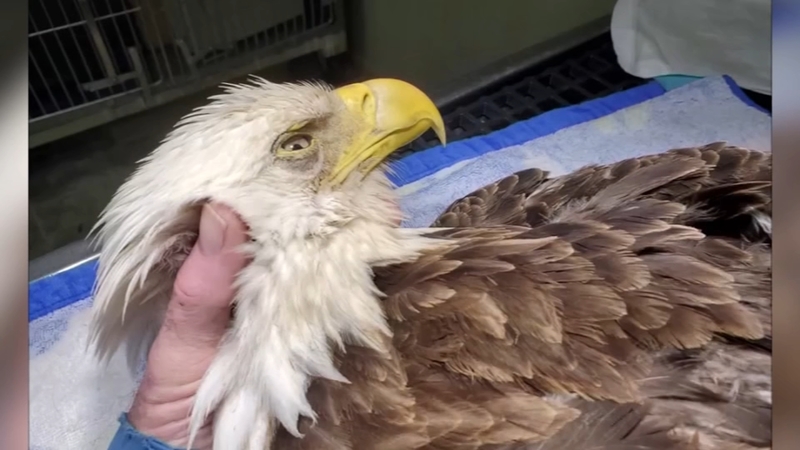 Lou Browning, a representative for Hatteras Island Wildlife Rehabilitation, said 70 to 80 percent of the eagles his group has treated had high levels of lead in their system.

"Birds die, and quite often they are exhibiting signs that are too bad," Browning said. "They've gone too far and they are euthanized."

Browning said some of the symptoms of lead poisoning in eagles include lethargy, weakness, dehydration, vision problems and lack of motor control.

In 2020, Browning said nine eagles have been found with lead poisoning in northeastern North Carolina. He said hunters in the area are to blame for the heavy metal showing up inside the birds' bodies.

An bald eagle nest has been spotted at Shelley Lake Park and experts are warning people not to mess with it.

"They're getting most of the lead from scavenging deer carcasses and other carcasses that have been shot and left in the woods," Browning said.