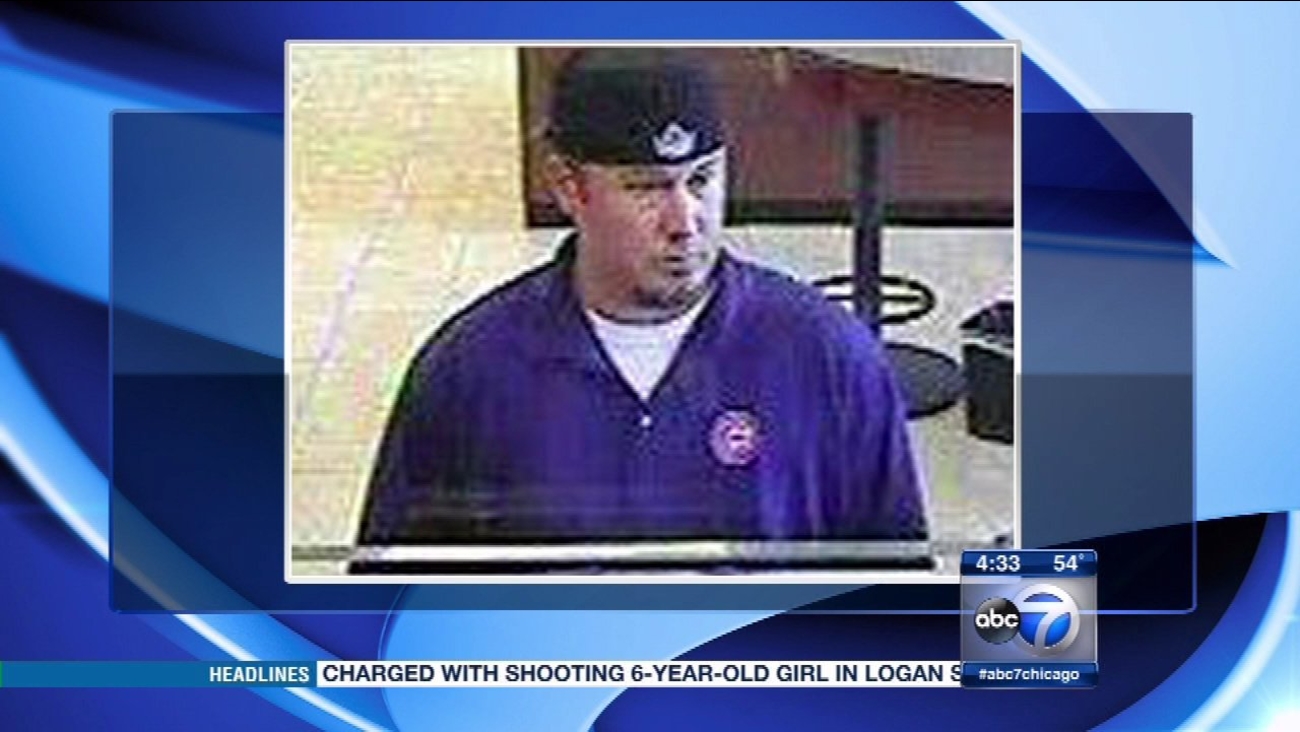 CHICAGO (WLS) -- A man dubbed the "North Center Bandit" by the FBI has robbed another bank.

The bureau released a surveillance image of him at the Chase Bank at 5352 North Elston Avenue on Chicago's Northwest Side.

Investigators said he robbed the bank just before 6 p.m. Wednesday. No one was hurt.

The North Center Bandit is thought to be behind at least four other robberies, which occurred at:

Sometimes the brim of his cap obscures his face. But on Wednesday, he wore his hat backward and a surveillance camera captured a clear image of his face.

Anyone with information regarding these robberies should contact the FBI at 312-421-6700.