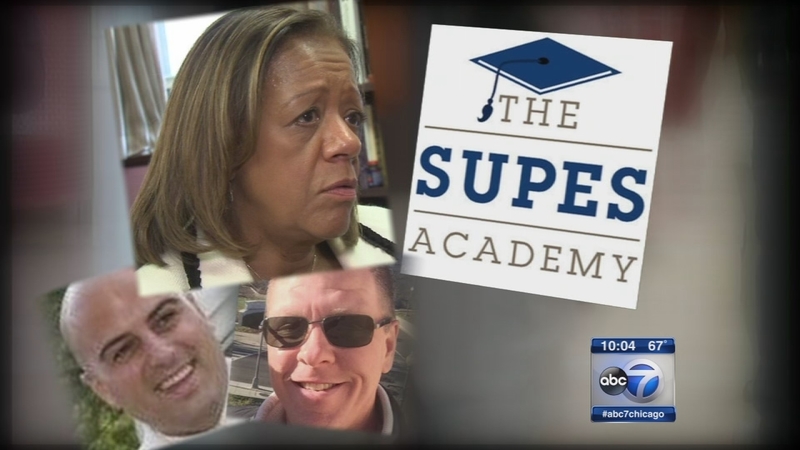 CHICAGO (WLS) -- Ex-CPS CEO Barbara Byrd-Bennett has been indicted on federal corruption charges that she intends to plead guilty to, according her attorney.

From $23 million in no-bid contracts to a consulting firm where Byrd-Bennett used to work, prosecutors say she and her relatives received hundreds of thousands of dollars in bribes and kickbacks while schools and students in the city suffered through tough times.

According to the grand jury indictment, this sweetheart deal featured a $250,000 "signing bonus" for Byrd-Bennett; meals, sports tickets and travel, as well as jobs for her friends and a job for her after leaving Chicago Public Schools.

"As part of that scheme they agreed that Byrd-Bennett would receive 10 percent of the value of all CPS contracts, awarded to SUPES, they agreed to reward BB through future employment and a lucrative signing bonus at SUPES immediately following her tenure at CPS," U.S. Attorney Zachary Fardon said.

During a news conference Thursday afternoon, U.S. prosecutors and federal law enforcement described another Chicago-style scheme to rip off the taxpayers. Byrd-Bennett was not seen, but her lawyer confirms she'll plead guilty.

"You can't secretly line your own pockets with kickbacks and bribes in exchange for the exercise of your official power and responsibility," Fardon said.

Forrest Claypool, who replaced Byrd-Bennett as CPS CEO, said: "There is no, uh, certainty about anyone's integrity in life or in any business."

Lawyers for the accused co-schemers suggest they too may plead guilty; one calling his client an excellent young man who has done many good things and is looking to resolve this case. Another is offering his client's apology.

"Mr. Solomon recognizes he made errors in judgement in that regard and there should be consequences for that," said Shelly Kulwin, Soloman's attorney.

ABC7's Chuck Goudie: "Mr. Fardon, considering Barbara Byrd-Bennett was hired by Mayor Rahm Emanuel and considering one of the other defendants in this case was an advisor to Mayor Emanuel's transition team, is this more than just a case of educational corruption, is it a case of political clout as well?

Fardon: "I'm not here to characterize those kinds of distinctions. I mean, it is, this is an important public corruption case and this office and the FBI have a longstanding history of ferreting out corruption where it exists and bringing appropriate charges when the evidence warrants those charges."

"It's astounding even by Illinois standards," said Jeffrey Cramer, former federal prosecutor, Kroll investigations. "Because the dollar amount is so high, that really leads to what could be some jail time."

Cramer says there should have been firestops in the contract process.

"Clearly those safeguards were not in place, where she, upon arrival, and she wasn't there that long, is able to maneuver this to get this very large bid, get money to her relatives and set up a pretty sweet contract for herself," Cramer said.

SUPES Academy worked out of an unmarked building in Evanston and even though they still have contracts with other school districts, they no longer have offices there. No one answered the door at the Glenview home of co-owner Vranas and he hasn't released any statement. This case hasn't been assigned to a judge yet and there is no court date but that is expected soon.

"The circumstances surrounding the indictment of the former CEO are unfortunate and mark a sad day for the leadership of our district. While we wish Mrs. Byrd-Bennett well in her legal battles, the Chicago Teachers Union remains fully and unequivocally committed to securing a fair contract for our members and ensuring their ability to properly serve the public school students and families in the city of Chicago," said Chicago Teachers Union President Karen Lewis in a statement Thursday.