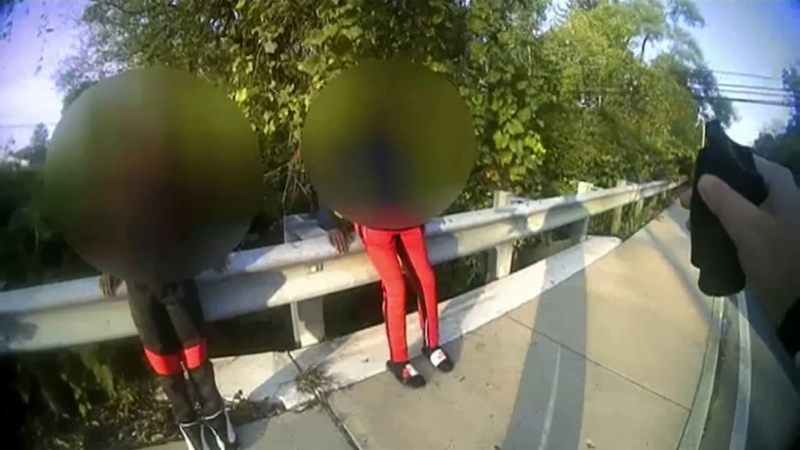 COLUMBUS, Ohio -- An Ohio police officer's body camera recorded some intense moments while he confronted two boys after getting a call about them having a gun.

It could have been a deadly encounter, one that officers can find themselves in at any moment.

The boys, ages 11 and 13, appeared to have a real gun when Officer Peter Casuccio arrived on the scene in Columbus. It turned out to be a BB gun.

Officer Casuccio: "Do you know why you should be (bleeped out) scared? This is getting kids killed all over the country. That thing looks real bro."

The officer said he was out patrolling on Saturday when a call came in about some boys waving a gun around. When he found them, he drew his service weapon.

He said all he had was an instant to react.

"It's really what it is. It's a millisecond. I saw the gun leaving his hand out the corner of my eye. Then I saw it burst into a million pieces on the sidewalk. That's when I realized it was a BB gun," Casuccio said.