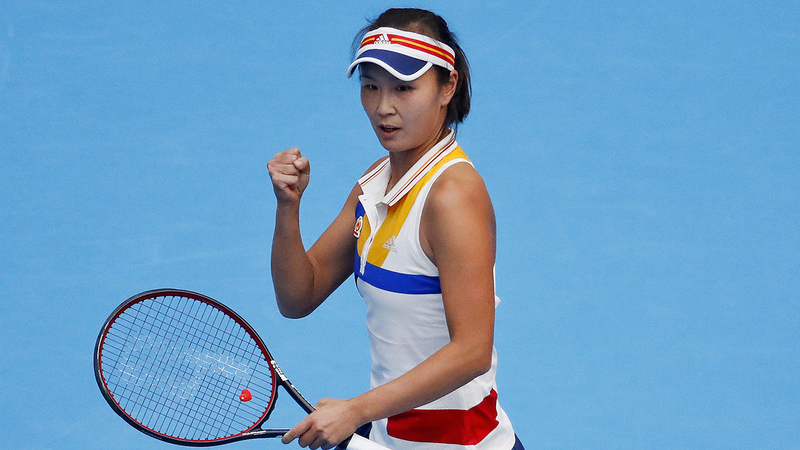 Where is Peng Shuai? Naomi Osaka, others share concern for tennis star

WASHINGTON -- The Biden administration is expected to announce this week that no US government officials will attend the 2022 Beijing Olympics, implementing a diplomatic boycott of the games, according to several sources.

The move would allow the US to send a message on the world stage to China without preventing US athletes from competing. The National Security Council, which has been privately discussing the boycott, declined to comment.

President Joe Biden told reporters last month that he was weighing a diplomatic boycott as Democratic and Republican lawmakers, including House Speaker Nancy Pelosi, advocated for one in protest of China's human rights abuses.

A full boycott is not expected, meaning US athletes will still be allowed to compete. The last time the US fully boycotted the Olympics was in 1980 when former President Jimmy Carter was in office.

Last month's virtual summit between Biden and Chinese President Xi Jinping -- seen as some of the most critical diplomatic talks of Biden's presidency -- yielded no significant breakthroughs. However, it served as an auspicious restart to relations following steep deterioration during the final year of the Trump administration and continued hostility into the Biden administration, including when US and Chinese diplomats traded barbs during a March summit in Alaska.

Throughout the November summit, Biden and Xi engaged engaged in a "healthy debate," according to a senior Biden administration official present for the discussions. Biden raised concerns about human rights, Chinese aggression toward Taiwan and trade issues.

Nearly every major issue Biden is focused on -- including addressing supply chain issues, climate change, North Korea and Iran -- has a nexus to China. And the two countries, which have the world's two largest economies, remain in disputes over trade, military aggression, global infrastructure, public health and human rights.

Biden has long argued that democracies can deliver more effectively than autocracies like China, and he's used the bipartisan infrastructure law to show domestically how political parties in democracies can work together.

Xi, meanwhile, cemented his consolidation of power after the Chinese Communist Party adopted a landmark resolution elevating him in stature to that of his two most powerful predecessors -- Mao Zedong and Deng Xiaoping. He is attempting to seek an unprecedented third term in power at the 20th Party Congress next fall.