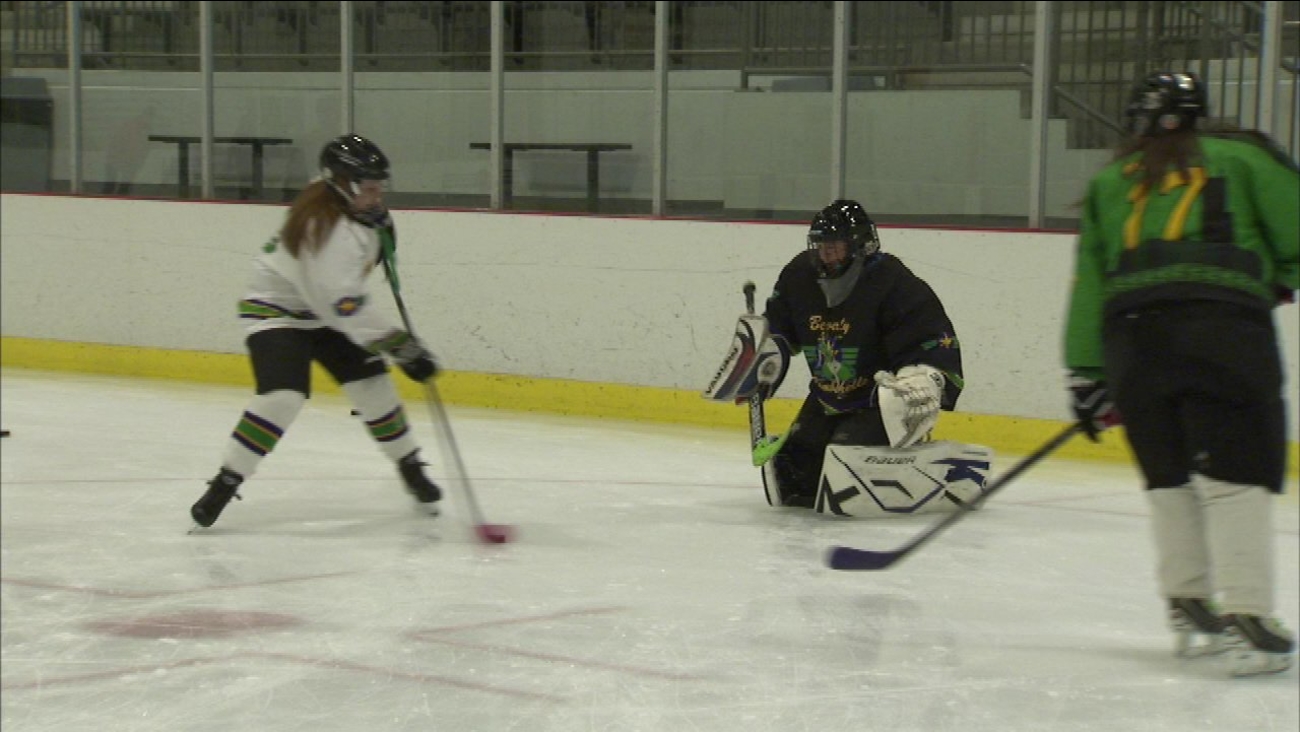 CHICAGO (WLS) -- The U.S. Women's Hockey team's shootout thriller and stellar win is inspiring players in the Chicago area who are excited for the future of the game.

It was a late night for members of the Beverly Bombshells. The local hockey players were watching the U.S. Women's Hockey team take gold over rival Canada in a 3 to 2 shootout.

As for the lone Canadian in this group, she has mixed emotions.

"It was a well-deserved gold medal. It breaks my heart. I am very happy for the United States," said Canadian Lee-Anne Millas.

"How many years they had to wait to get that gold medal again, 20 years. That's a long time," said hockey player Emily Kosmal.

"I am surprised you can't see the bags under my eyes, it was late," said Nancy Wilder.

Nancy Wilder is one of dozens of hockey players for the Beverly Bombshells. It's an ice hockey club for women that started three years ago at the Morgan Park Sports Center.

Wilder doesn't mind sharing that she's the oldest player in the club at 60.

"I hope they take it easy on me," Wilder said.

The club continues to grow each season, even attracting some women who have never played ice hockey before.

"I still want to know what in the world I was thinking every time I step on the ice but it's a lot of fun. I wouldn't trade it for the world," said Andrea Driscoll.

They're hopeful that more young girls will now pick up the sport.

"Everybody should check this out whether you are from barely getting on skates ever to a seasoned pro. This is great cardio. You are building your muscles as you are pushing off the ice," said Kelly Mase.

For Wilder, a retiree who began skating as a toddler, she has no regrets.

"Until I can't stand up anymore. Maybe I will get a walker with blades, who knows," said Wilder.

The Beverly Bombshells season is almost over, but the playoffs start March 23.