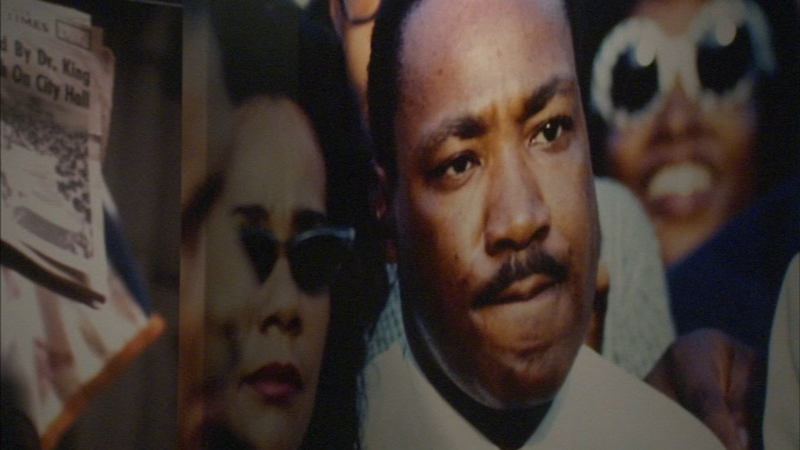 CHICAGO (WLS) -- Black History Month comes to a close Saturday, but there are always opportunities to learn something new.

On display in the permanent "Facing Freedom in America" exhibit, visitors can learn anything from the history of the Pullman Porter to learning about artifacts used during slavery.

"What we're looking at here takes you through a day in the life of a Pullman Porter," said Brittany Hutchinson, assistant curator at the Chicago History Museum. "They will learn about the day-to-day life of a Pullman Porter and the expectations of work for them, also, about their fight to unionize. African American men were not allowed to join unions because of their race."

The exhibit shows how slavery moved and how it was actualized in the south, she said.

There is even a lot to learn about the neighborhoods we know today on the Chicago map at the museum.

Areas on the South and West sides are filled with history, including the time Dr. Martin Luther King Jr. spent calling Chicago home.

"The reason Dr. King wanted to live on the West Side in this building in particular was to highlight the slum conditions plaguing a lot of African Americans," Hutchinson said.

The "Remembering Dr. King" exhibit gives a timeline of King's work with a specific focus on his time in Chicago.

"You're going to see a visual timeline of Dr. King's life, with it juxtaposed against what is happening at the national level," Hutchinson said. "The center of the exhibition marks his work directly in Chicago, the Chicago freedom movement and things that were circulating the city's history."

She said anyone who comes to see the King exhibit will get a broader view of what King was trying to do at that point in his fight.