Man builds 'blessing box' - a food pantry on his lawn 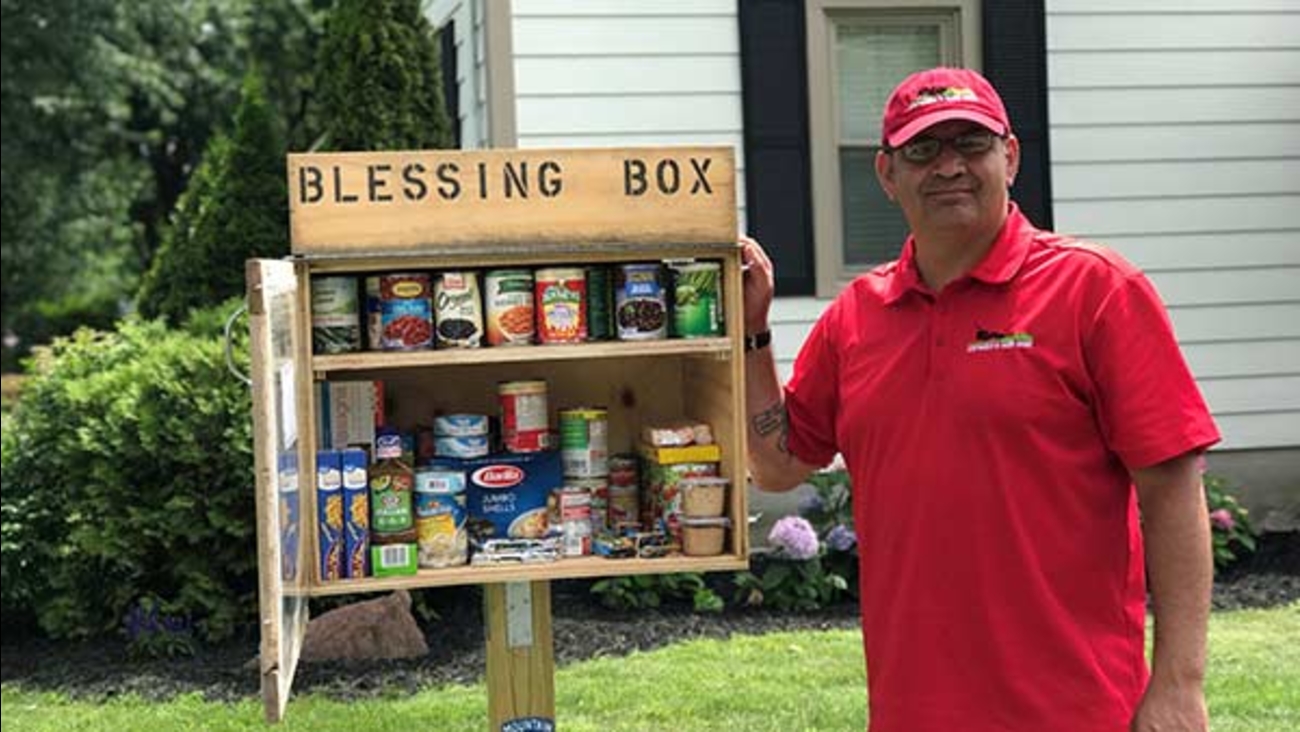 The concept is simple. The box is a miniature food pantry -- receiving items from those who want to donate, and offering it to those who need them. (Mary Espinoza)

WATERTOWN, N.Y. -- Little Free Libraries, those boxes full of books for people to freely take, are a common sight on people's lawns. But Roman Espinoza's lawn in Watertown, New York, has something different: a "Blessing Box" filled with food available to any and all who need it.

The concept is simple. The box is a miniature food pantry -- receiving items from those who want to donate, and offering it to those who need them.

"Whether you're taking or giving, you can just go to the blessing box," Espinoza told CNN. "There's not a lock on it -- it's open 24 hours a day, seven days a week."

The idea came to the 46-year-old Army veteran while taking a class on human services at a local community college. Espinoza was shocked to discover the school had a food pantry for needy students.

"I thought, 'Man, these adults that are spending time taking classes can't eat every day. '"

Not long after that moment, Espinoza decided to put up his blessing box. He put in the first bit of food himself but hasn't had to fill it up much since.

"The box itself is for the community and it's sustained by the community," he said. "The community, the neighborhood and my block have been really supportive."

Their support extends beyond food.

"We try and put stuff in there that makes sense -- toothpaste, toothbrushes, band aids....some soap and shampoo," Espinoza said.

And who is taking advantage of this generosity?

"We don't know who uses it -- sometimes people feel like they are embarrassed to use the box in the middle of the day," Espinoza said.

However, there is no question the box is filling a need.

"I woke up recently and I had to put food in (the box) because someone came by and needed food," Espinoza said.

The success of Espinoza's blessing box has been an influence on the community as well.

"I've gotten a couple of requests from people around town for boxes for their property," Espinoza said. "With any luck, we'll have a few around town where people can be made aware of them and make use of them."

Ultimately, Espinoza hopes that his box and those of others in his town create an atmosphere of support and generosity.

"Watertown, New York, in the next five years, could be known as the city of blessing boxes," he said.