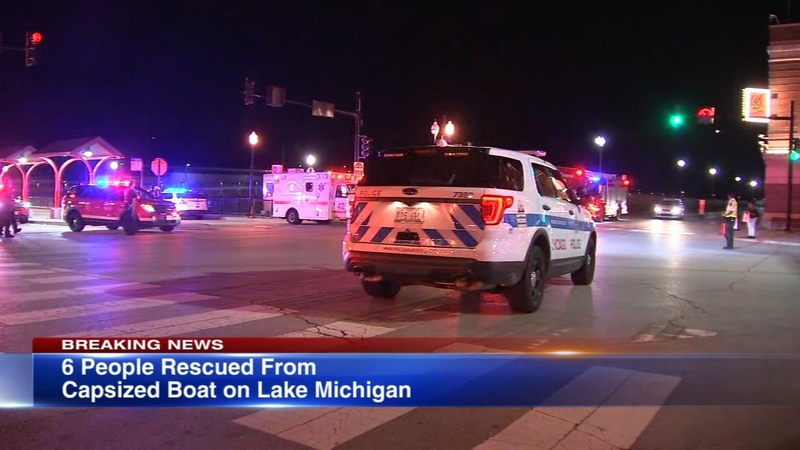 The boat capsized east of Navy Pier, officials said. The circumstances of the incident were not immediately clear and no further details were given about what kind of boat it was or how it capsized.

No injuries were initially reported but officials said the six people were being examined anyway. One woman was taken to Northwestern Medical Center for a possible asthma attack, fire officials said. A second person was also taken to a local hospital, but officials did not give a reason.