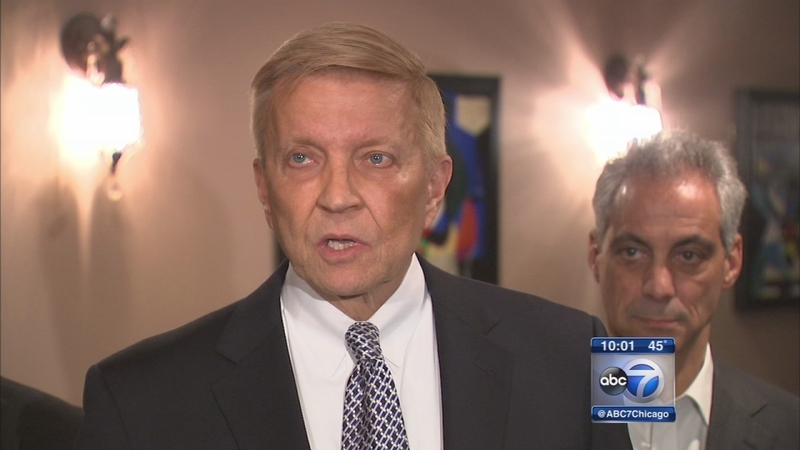 The endorsement came as a surprise because Fioretti is one of mayor Emanuel's biggest critics and the former mayoral candidate planned on staying neutral. However, Fioretti says as the campaign wore on, he was not satisfied with challenger Jesus "Chuy" Garcia's ideas to solve the city's fiscal crisis. Garcia supporters say the endorsement is all about money.

On the floor of City Council, Fioretti has been Mayor Emanuel's top critic. The 2nd Ward Alderman was never shy about publicly blasting the mayor. On election night in February, the former mayoral candidate laughed at the thought of supporting Emanuel, but now Fioretti is ready for some that Rahm love.

"I will be casting my vote for Rahm Emanuel," Fioretti said. "Right now, our fiscal health of this city is the number 1 issue. Chuy is a nice person, but I don't think he is the person to run the city after the election."

While Fioretti has his own campaign debt to pay off, he denies any quid pro quo is tied to Emanuel's endorsement. Although the alderman says he will reach out to some of Emanuel's supporters for help in retiring the debt, the mayor says he doesn't have a problem with that considering he has helped previous opponents.

"The fact is I've done it before," the mayor said. "I will do it again, but that is not the reason we are standing here, it's about the future of the city."

Vying for the African American vote, Emanuel then moved further west to an NAACP forum. Speaking before an audience mainly made up of Garcia supporters, Emanuel was asked why no one from the West Side is represented on the mayor's handpicked school board.

"Geography is important, but experience and desire the make change is what I'm looking for," Emanuel said.

Appearing separately at the same forum, Garcia was asked many questions about schools as well. Solving CPS' fiscal crisis, the Cook County Commissioner says he would support changing the income tax from regressive to progressive, but Garcia admitted that is something out of his control.

"It's going to take a lot of work, including amending the constitution," he said.

The forum didn't make decision-making any easier for some undecided voters..

"Both sides are really good about articulating problems, but solutions were not clear to me," said voter Patricia Cisse.

Polls continue to show with just over a week before the election, there are still many undecided voters. The Garcia campaign also reached out to Fioretti for his endorsement. Sundy, Garcia said while it would have been nice to have, he doesn't know what it means for April 7.