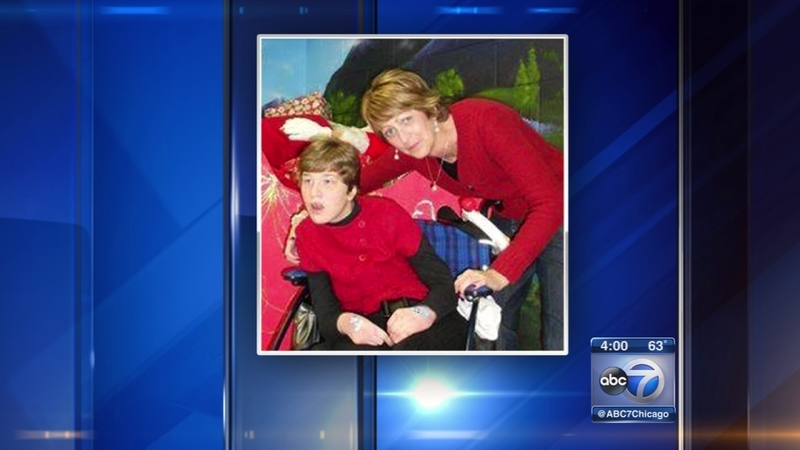 ROLLING MEADOWS, Ill. (WLS) -- A Schaumburg mother who admitted to killing her severely disabled daughter has been sentenced to four years in prison, followed by two years' probation.

On Wednesday, Bonnie Liltz, 56, walked into court by herself, hoping to be walking out a short time later. Her attorney and even prosecutors asked Judge Joel Greenblatt to sentence her to probation for killing her disabled daughter a year ago.

The judge had a wide range of sentencing options, including anything from probation to 17 years in prison. Prosecutors reduced the charge from first degree murder to involuntary manslaughter.

Liltz told the court last week she thought her own death was imminent the night she gave her 28-year-old daughter Courtney a lethal dose of painkillers and she feared no one would be able to care for her. Her attorney says he is stunned.

"I am absolutely mystified as everyone else sitting in that courtroom why the sentence was what it was," said Thomas Glasgow, Liltz' attorney.

Liltz was supported by a room full of friend and relatives, some of whom testified last week that she was a selfless, dedicated mother whose life revolved entirely around Courtney, who had cerebral palsy and was unable to feed or bathe herself. Many of them quietly sobbed as the judge issued his sentence.

Judge Greenblatt explained his ruling, saying, "Life is precious, even a life that is profoundly disabled. Your daughter, her life was fragile. The choice you made that night was not an act of love. It was a crime."

The judge revoked bond for Liltz immediately and took her into custody. Her attorney said he is already working on an appeal to the sentence.