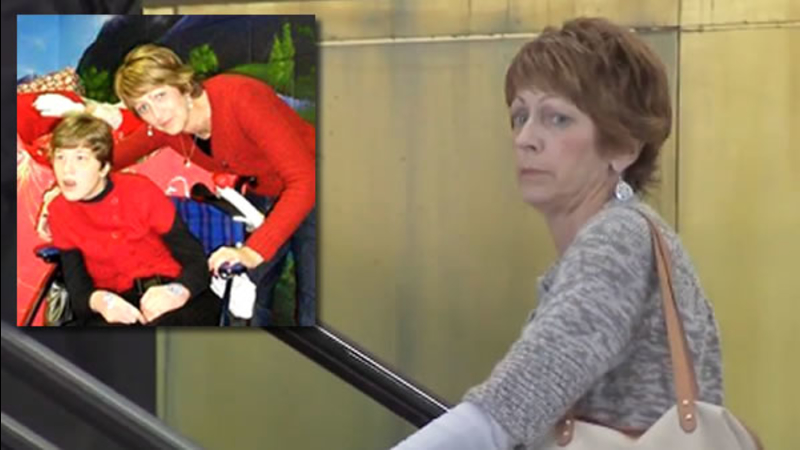 ROLLING MEADOWS, Ill. (WLS) -- An appeals court granted bond Thursday to a Schaumburg woman convicted of killing her profoundly disabled daughter as they consider her appeal.

Bonnie Liltz, 56, has been in prison since May when a judge sentenced her to four years for involuntary manslaughter in the death of her adopted daughter Courtney, who was profoundly disabled with cerebral palsy.

After learning Liltz would be able to leave prison, attorney Thomas Glasgow could barely wait until his telephone appointment to break the news to her.

Glasgow: The appellate court granted your bond.
Liltz: They did?
Glasgow: They did. You're going to be released as soon as we can get your bond posted.
Liltz: Are you serious?
Glasgow: Absolutely.
Liltz: Oh my God, thank you.

Liltz, who suffers from ovarian cancer, told the court she thought her life was about to end and she worried there would be no one to care for Courtney. Her frail health is apparently the reason the appellate court is allowing her to be released.

"I think it's in the best interest of justice that she is released and she is able to get that medical care. And the state did not object to that," Glasgow said.

At the trial, even prosecutors recommended sentencing Liltz to probation, but the judge sent her to prison anyway. Her attorney said it's incredibly rare for an appellate court to set bond for an inmate who has already been sentenced.

"In the 20-plus years that I've been practicing law, I have never seen - either as a prosecutor or as a defense attorney - and appellate bond be granted. I was quite pleased," Glasgow said.

Liltz will only be free on bond for the time being. Glasgow is hoping to convince the appellate court to make it permanent by shortening her sentence. He said her health is deteriorating in prison, and this decision changes her outlook dramatically.