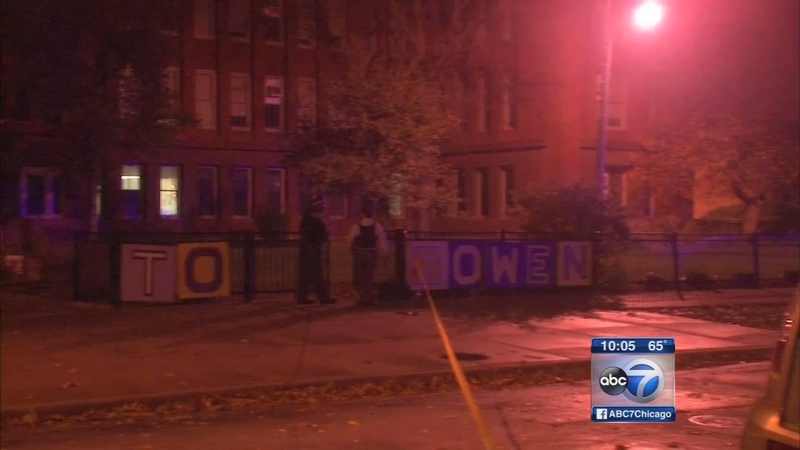 CHICAGO (WLS) -- A 14-year-old Baker College Prep student was shot in the chest and critically wounded Thursday afternoon at a basketball court across from his South Side school, officials said.

Police said the boy was an innocent bystander and not the target. The shooter has been arrested and a gun has been recovered, police said. No charges have been filed Thursday evening.

The teen, who was in critical condition at Comer Children's Hospital Thursday evening, was shot in the chest and wrist while at the basketball court at Bessemer Park.

The park is across from Baker, as well as Bowen High School. The schools share a campus in the 2700-block of East 89th Street in the South Chicago neighborhood. Baker is part of the Noble Network of Charter Schools.

After being shot, the teen ran to the school campus.

Witnesses said two young men came to the park from a nearby alley and fired five to six shots before running back into the alley.

"We just saw the guy with the gun ran back through the alley," said Pablo Balderos. "It looks like he was a student."

Thursday evening, as police were investigating the shooting, parents were picking up report cards.

Neighbors said that the park is known to be dangerous and some parents don't allow their children to go there, even though there is a basketball court and a field.

"We live maybe 15 steps from the park," said Malcolm Dyson. "And we can't go to the park."