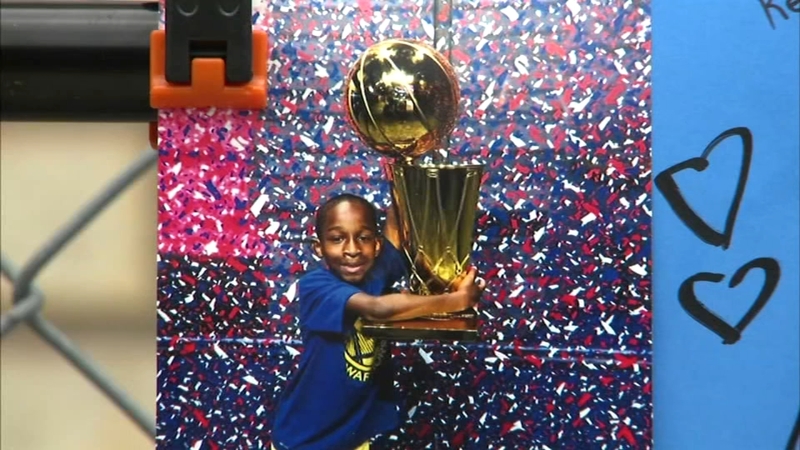 CHICAGO (WLS) -- A 9-year-old boy was shot and killed Friday night in the Cabrini Green neighborhood on the city's Near North Side, Chicago police said.

Chicago police give an update on the 9-year-old boy shot and killed on the Near North Side Friday night.

A new group of kids is traumatized by the gun violence in Chicago, letting go of balloons to honor their friend while carrying the weight of loss in their hearts for the rest of their lives.

When a 9 year old's life is ended by a bullet, we must all be outraged. These deaths are not mere statistics. And prayers alone will not sooth a broken heart.

While our City has made progress in reducing violence in recent weeks, all of that is lost when we lose another child to gun violence.

We must and will hold those responsible for this shooting accountable. I ask all residents with information on this incident to submit a tip anonymously at https://t.co/JVXGpQxj99.