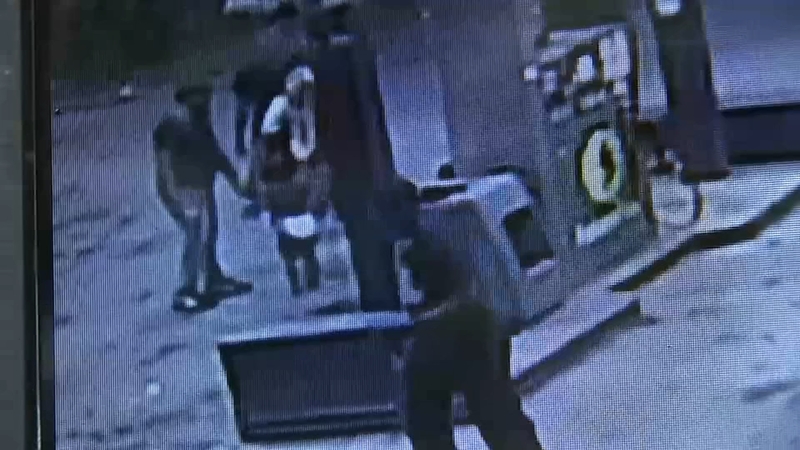 Workers at a gas station in the 300-block of South Cicero Avenue in South Austin spotted the 2-year-old boy, who was wearing only a diaper, just before 4:15 a.m.

"I just had to do what I had to do," Gerald Foster said.

He said not to call him a hero. His dad instincts just kicked in when he jumped into action.

He was working his shift when he and some friends noticed the baby boy wandering the streets by himself.

On surveillance video, you can see him walking along Cicero.

Foster grabbed him and calmed him down. The boy just kept calling out for his mother.

"That's the only thing that was on my mind: Let me get this kid, can't let nobody else get him, 'cause I know if he with me, he good," Foster said.

They brought the baby inside, dressed him in a T-shirt from the gas station, and began to walk the neighborhood in hopes of finding his family.

When he returned, someone called police and they took the baby to West Suburban Medical Center. After an evaluation, he is OK and safe.

Foster is just glad he was working Wednesday morning.

The child's parents were later located.