WLS
By Karen Jordan
MICHIGAN CITY, Ind. (WLS) -- A quick-thinking boater helps rescue a toddler who drifted away on an inflatable duck raft on Lake Michigan in northwest Indiana on Monday.

A woman had her two children on the inflatable device near Washington Park Beach in Michigan City.

She grabbed one child who fell off but the other child, still holding the duck, floated beyond his mother's reach and farther offshore, according to officials.

"She was doing a great job by being hands-on touch supervision, but there was one adult with two children and an offshore wind and this flotation device that was flowing pretty quick," said Dave Benjamin of the Great Lakes Surf Rescue Project.

Benjamin happened to be at the beach with his family when the incident happened.

Benjamin says he tried paddle boarding to the child but eventually a man on a boat was able to bring everyone safely back to shore.

"The winds can blow this duck far offshore pretty quick, faster than you can swim after it, said Benjamin.

Benjamin advises against using flotation devices that are not Coast Guard approved on open water, even if the water is calm. 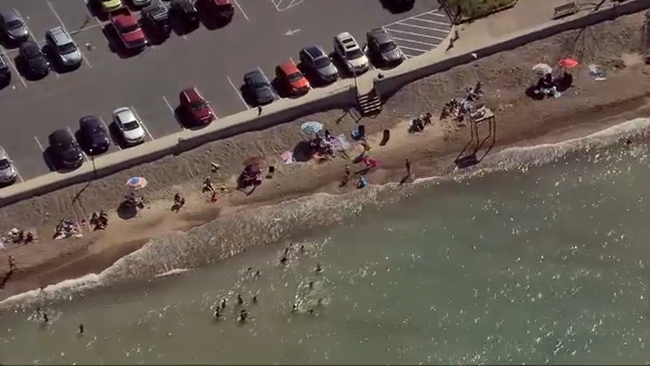